Russian troops attacked Ukrainian positions in Donbas 82 times in last day, most of attacks were with the use of heavy weapons

Russian troops shelled the Donetsk sector massively using the heavy armor. Areas near Mariupol and civilian infrastructure in the Luhansk sector came under Russian troops’ fire. Russian troops attacked Ukrainian army positions in Donbas eighty two times in the past 24 hours. Ukrainian troops incurred no casualties in Donbas over the last day, according to the press service of the Anti-Terrorist Operation (ATO) Headquarters. 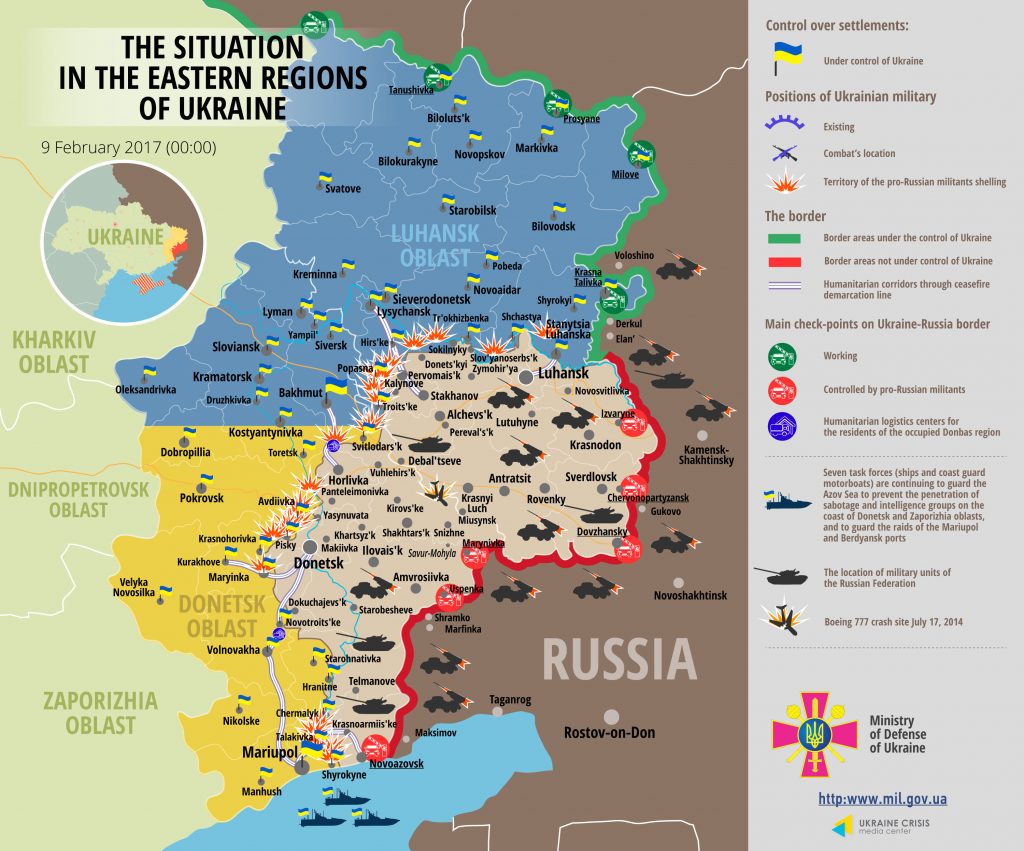 In the Donetsk sector, Russian troops used banned 152mm artillery systems to shell the village of Luhanske. They were actively using heavy weapons both during the day time and at night. Tense situation stands in Avdiivka and at the Svitlodarsk bulge.Mortars, grenade launchers, heavy machine guns and small arms were used to fire on the town of Avdiivka, and the villages of Nevelske, Verkhniotoretske, Kamianka, Opytne, Pisky, Troyitske, Luhanske, Myronivske, and Zaitseve. Luhanske and Avdiivka were also attacked by tanks. Russian troops made a total of 33 attacks upon Ukrainian positions in the Donetsk sector over the last day. Almost 2/3 of the attacks were made with the use of heavy weapons.

In the Luhansk sector, Russian troops used 152mm and 122mm artillery systems to shell the villages of Novotoshkivske and Krymske. They were using artillery. Russian troopsfired over 90 shells in the area over the last day. The village of Malynove came under mortar fire, while grenade launchers and small arms were fired on the town of Popasna, and the villages of Katerynivka, Krymske, Novozvanivka, Zhovte, and Novo-Oleksandrivka. Additionally, Novozvanivka was attacked by Russian troops’ infantry fighting vehicles and armored personnel carriers. Russian troops made a total of 25 attacks in the Luhansk sector over the last day, 1/3 of them included the use of heavy weapons.