Russian troops shelled at Ukrainian territories in all the sectors in Donbas using heavy weapons and snipers. 3 Ukrainian soldiers were killed in action (KIA), and 10 wounded in action (WIA). One Ukrainian civilian was killed by Russian troops and 2 were wounded, according to the press service of the Anti-Terrorist Operation (ATO) Headquarters. 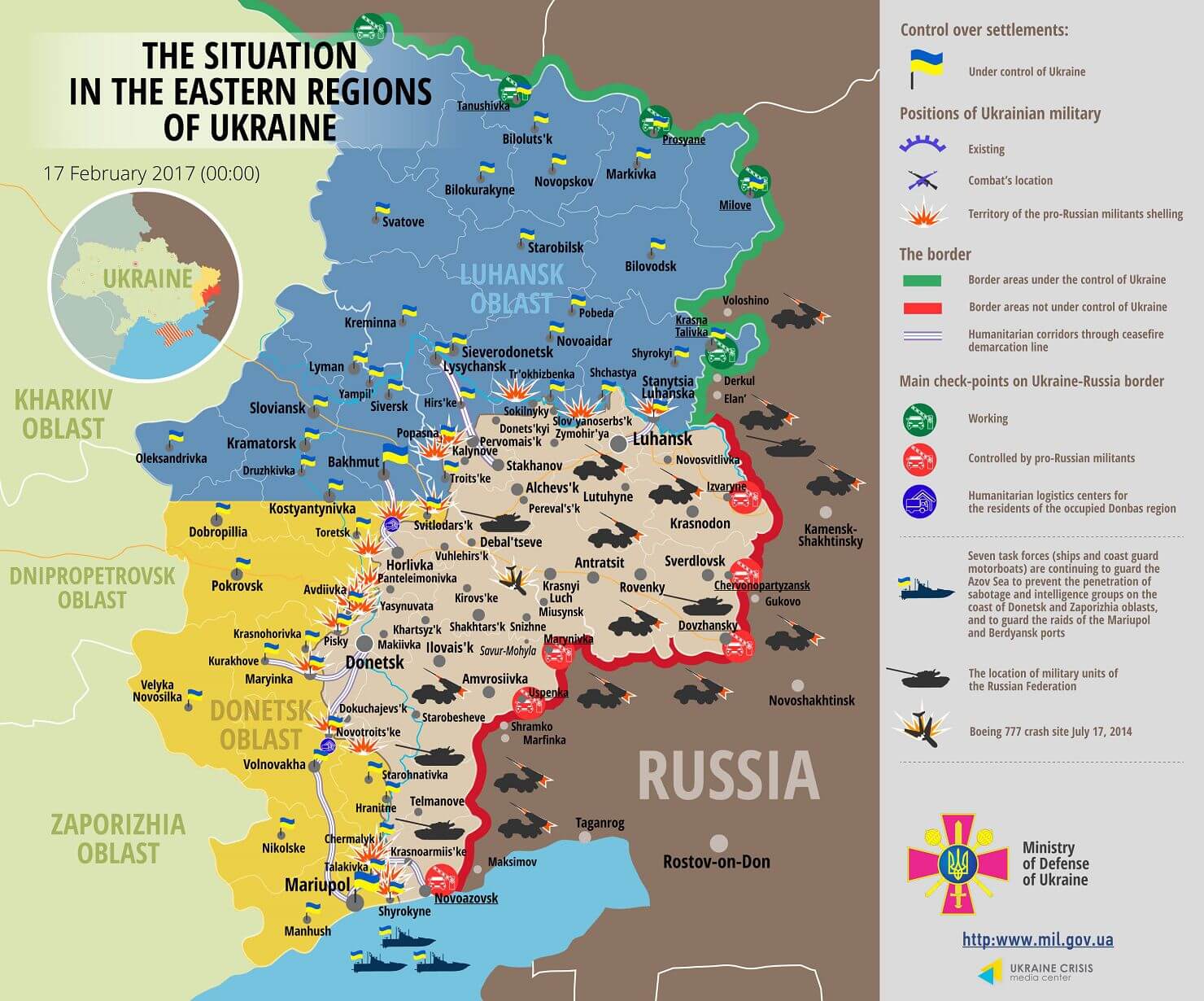 In the Mariupol sector Russian troops opened fire from 120mm and 82mm mortars on the villages of Shyrokyne and Pavlopil, and rocket-propelled grenades and small arms — on the town of Maryinka, and the villages of Novotroyitske, Novoselivka, Vodiane, Lebedynske, Shyrokyne, Pavlopil and Hnutove. Armored personnel carriers and infantry fighting vehicles were used to attack Shyrokyne. Furthermore, Russian troops’ anti-tank missile systems shelled the village of Bohdanivka. In total, Russian troops conducted 37 attacks in the Mariupol sector yesterday, 4 of them involved use of heavy armor.