Russian troops attacked Ukrainian positions in Donbas 62 times in the past 24 hours, one Ukrainian soldier killed

Russian troops shelled at Ukrainian territories massively using heavy weapons in Donbas in the last day. Russian troops conducted over 60 attacks in Donbas in the past 24 hours, 1 Ukrainian serviceman reported as killed in action (KIA), 1 as wounded in action (WIA), the death of the missing soldier was confirmed, a serviceman who was badly wounded in Zaitseve on February 16, 2017, died in hospital yesterday, according to the press service of the Anti-Terrorist Operation (ATO) Headquarters. 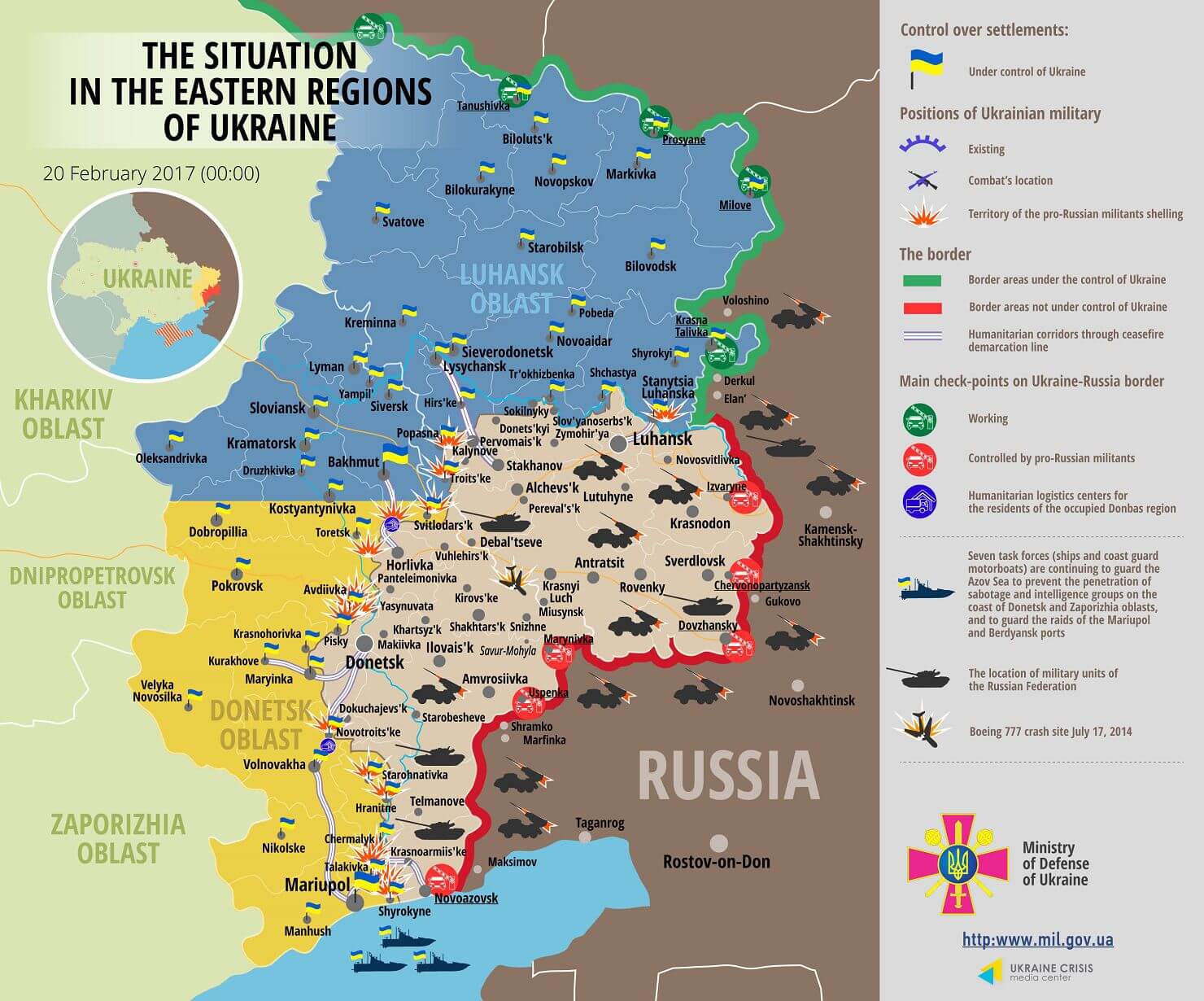 In the Donetsk sector, Russian troops shelled at Avdiivka with the use of heavy weapons for more than 10 hours yesterday. A total of over 120 mines and 50 tank shells were launched at the area yesterday. Russian troops used 120mm and 82mm mortars, rocket-propelled grenades and small arms to fire on the villages of Troyitske, Zaitseve, Opytne, Kamianka, Luhanske, and Novhorodske. Russian troops used mortars on the Svitlodarsk Bulge, in Horlivka area, in the vicinity of Donetsk airport, and in Shakhta Butovka – Pisky area. In total, Russian troops performed 24 ceasefire violations in the Donetsk sector yesterday, 12 of which involved heavy weapons.

In the Luhansk sector, Russian troops repeatedly shelled the villages of Valuiske and Novooleksandrivka, using grenade launchers and small arms.

In the Mariupol sector, Russian troops fired mortars of various calibers on the villages of Hnutove, Novotroyitske, Lebedynske, and Zaitseve. Grenade launchers and heavy machine guns were used to shell the villages of Hnutove, Pavlopil, Hranitne, and Vodiane. Infantry fighting vehicles repeatedly attacked the village of Shyrokyne, anti-tank missiles were lobbed into Vodiane. Russian troops violated the ceasefire 36 times in the Mariupol sector, 2 attacks involved the use of heavy artillery.