Russian troops continue attack Ukrainian positions in Donbas and demonstrate a disregard of all the agreements reached on the ceasefire. Russian troops shelled at Ukrainian territories in Donbas 92 times in the last day, 16 Ukrainian soldiers reported as wounded in action (WIA), according to the press service of the Anti-Terrorist Operation (ATO) Headquarters. 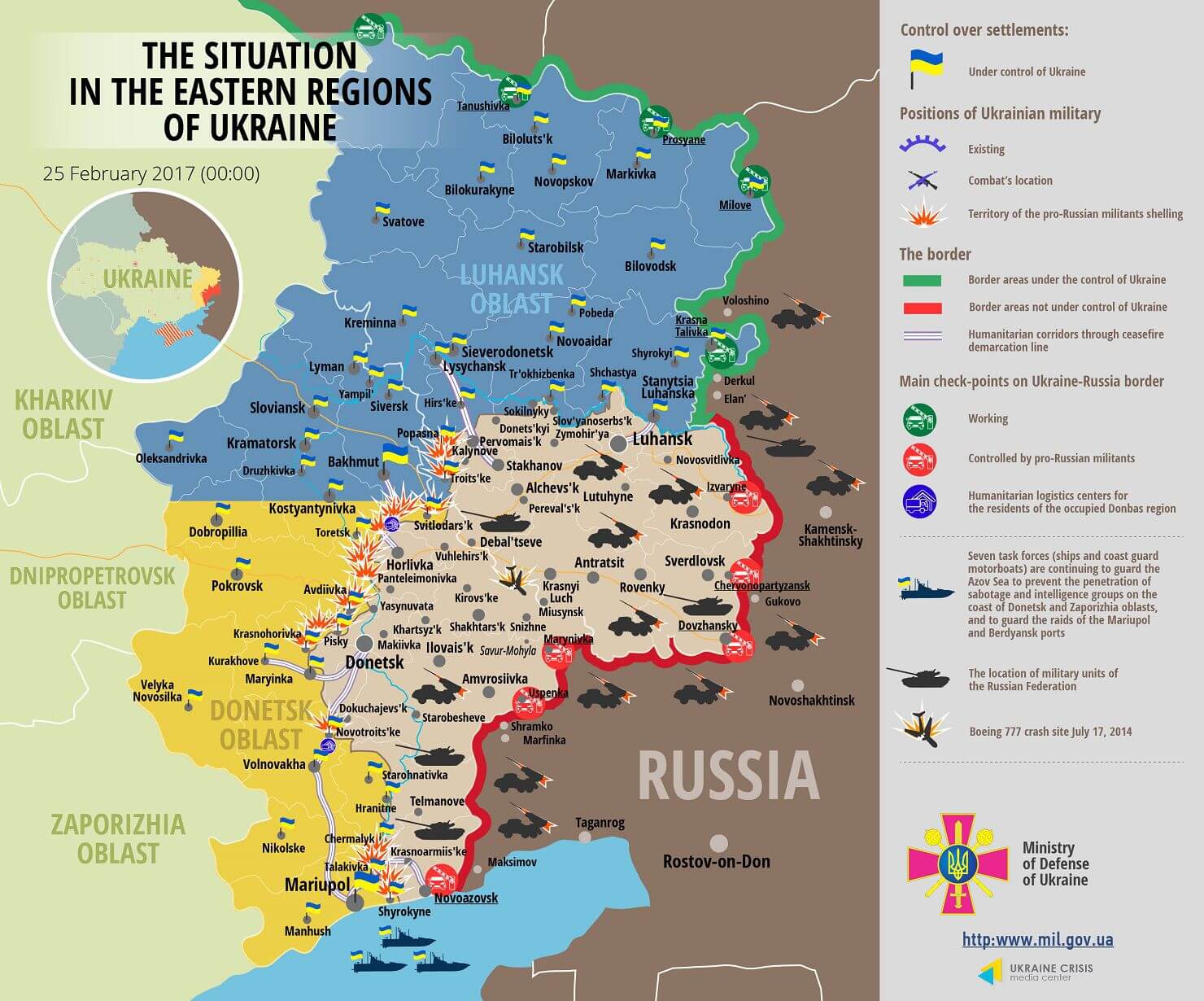 In the Donetsk sector, Russian troops fired mortars of various calibers on the town of Avdiivka. Massive attacks by Russian troops caused power cut and gradual decrease of heating temperature in Avdiivka. Cell phone and internet connection are problematic. Representatives of central- and local level authorities keep helping local people. Infrastructure of vital importance is being connected to power generators. Water is supplied according to the established schedule. Russian troops fired 122mm artillery systems on the village of Verkhniotoretske. Russian troops fired mortars of various calibers on the villages of Troyitske, Pisky, Luhanske, Dacha, Zaitseve, Kamianka, Novoselivka and Verkhniotoretske. Russian troops used rocket-propelled grenades in Avdiivka, and the villages of Dacha, Maiorsk, Zaitseve, Pisky and Luhanske. Additionally, the enemy opened fire from tanks on Pisky and Kamianka, Furthermore, Luhanske came under fire from infantry fighting vehicles. Around Horlivka and in the Donetsk airport combat actions of average intensity continue with the use of heavy weapons on the part of Russian troops. A total of 41 hostile attacks were registered in the Donetsk sector yesterday, 22 were made from heavy weapons. Over 400 mines and shells were fired upon Ukrainian positions by Russian troops.