Russian troops intensify shooting attacks using heavy armor along the entire frontline in Donbas during the last day. Ukrainian troops had no losses in combat, 6 Ukrainian troops were wounded and injured in the past 24 hours, according to the press service of the Anti-Terrorist Operation (ATO) Headquarters. 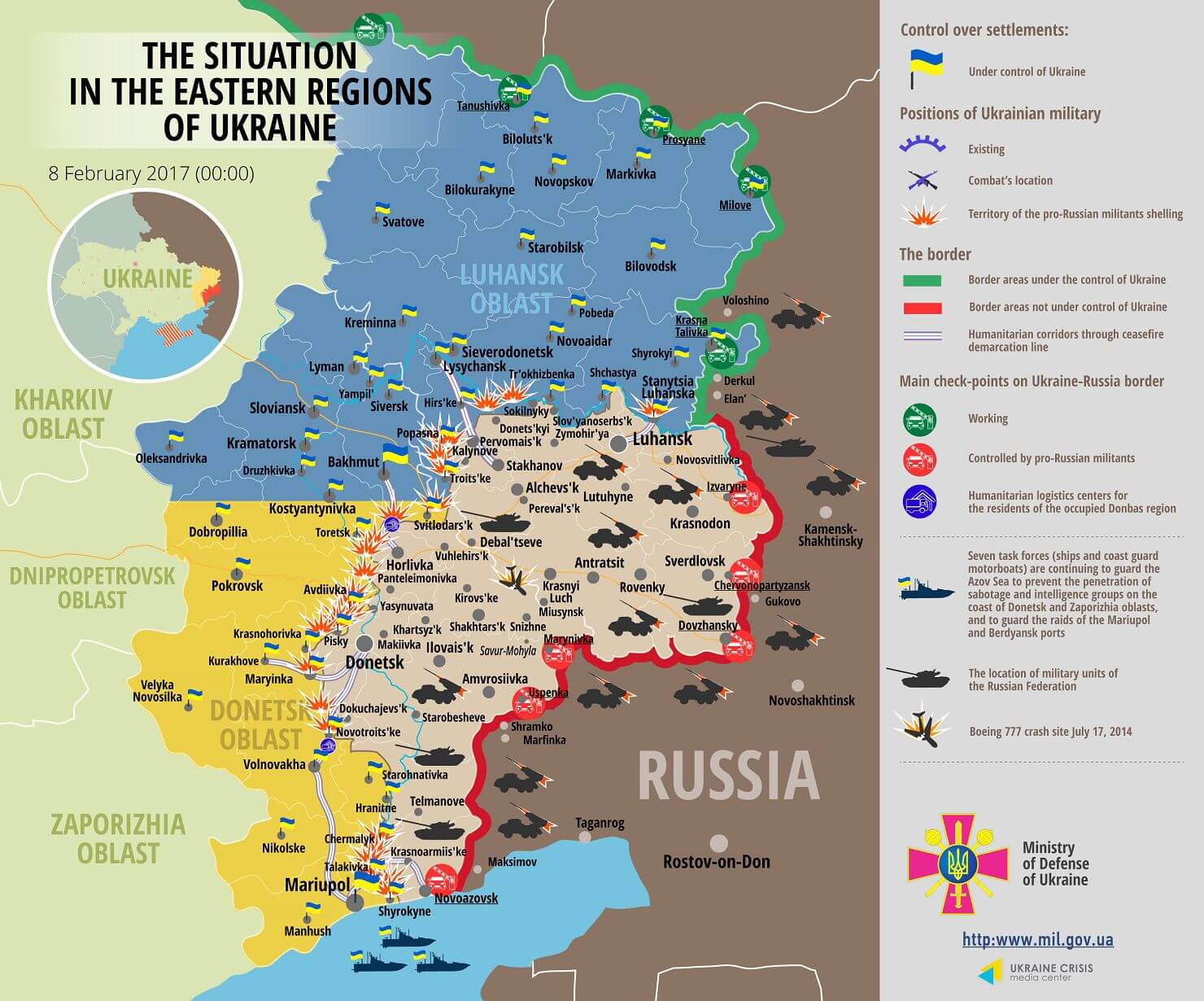 In the Luhansk sector, Russian troops opened fire on the Ukrainian positions near the village of Krymske, using banned 122mm artillery systems. They also used mortars to shell the town of Popasna, and the villages of Troyitske, Krymske and Novozvanivka. Rocket-propelled grenades, heavy machine guns and small arms were used to fire on the villages of Novozvanivka and Novo-Oleksandrivka. The village of Novotoshkivske was attacked byRussian troops’ IFVs. Russian troops launched about 50 mortar shells and almost 90 projectiles. Russian troops opened fire in Luhansk sector 42 times, using heavy armor 6 times during the past 24 hours.