Russian troops attack Ukraine 72 times in the last day, 1 WIA in last day, 1 Ukrainian soldier is wounded in action (WIA), according to the press service of the Anti-Terrorist Operation (ATO) Headquarters. 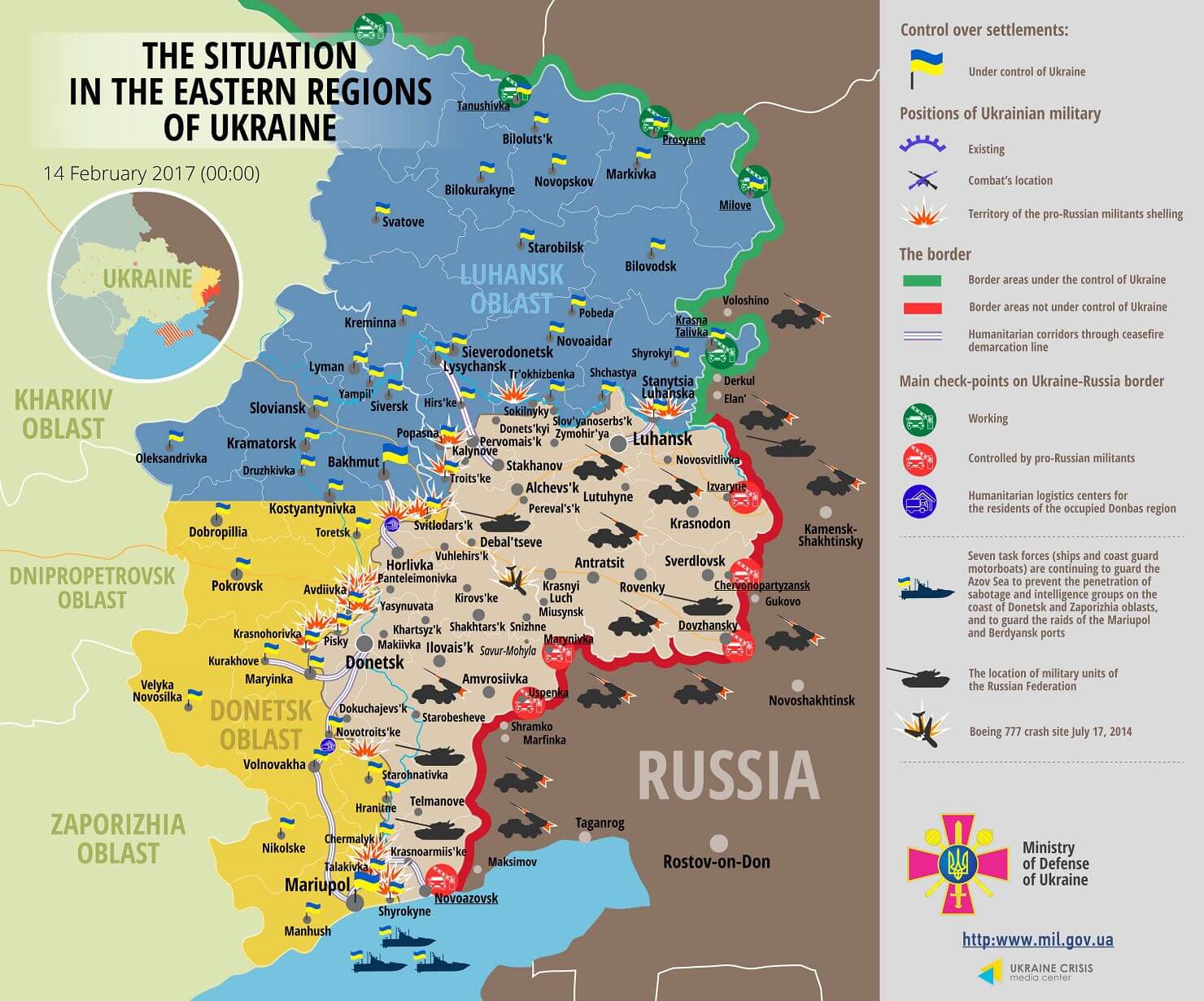 In the Donetsk sector, Russian troops shelled 122mm artillery systems on the village of Pisky, 120mm and 82mm mortars on the town of Avdiivka, and the villages of Nevelske, Verkhniotoretske and Troyitske. Russian troops fired rocket-propelled grenades and small arms on the villages of Nevelske, Zaitseve, Pisky, Novoluhanske, Verkhniotoretske, Novoselivka Druha, and Luhanske. A sniper was active in Nevelsk.

In the Luhansk sector, Russian troops used 82mm mortars and grenade launchers in the attacks on the Ukrainian positions near the villages of Krymske, Valuiske, Novo-Oleksandrivka and Stanytsia Luhanska.

Russian troops attack Ukraine 67 times on February 13, 2017. 1 Ukrainian soldier is wounded in action (WIA), according to the press service of the Anti-Terrorist Operation (ATO) Headquarters. 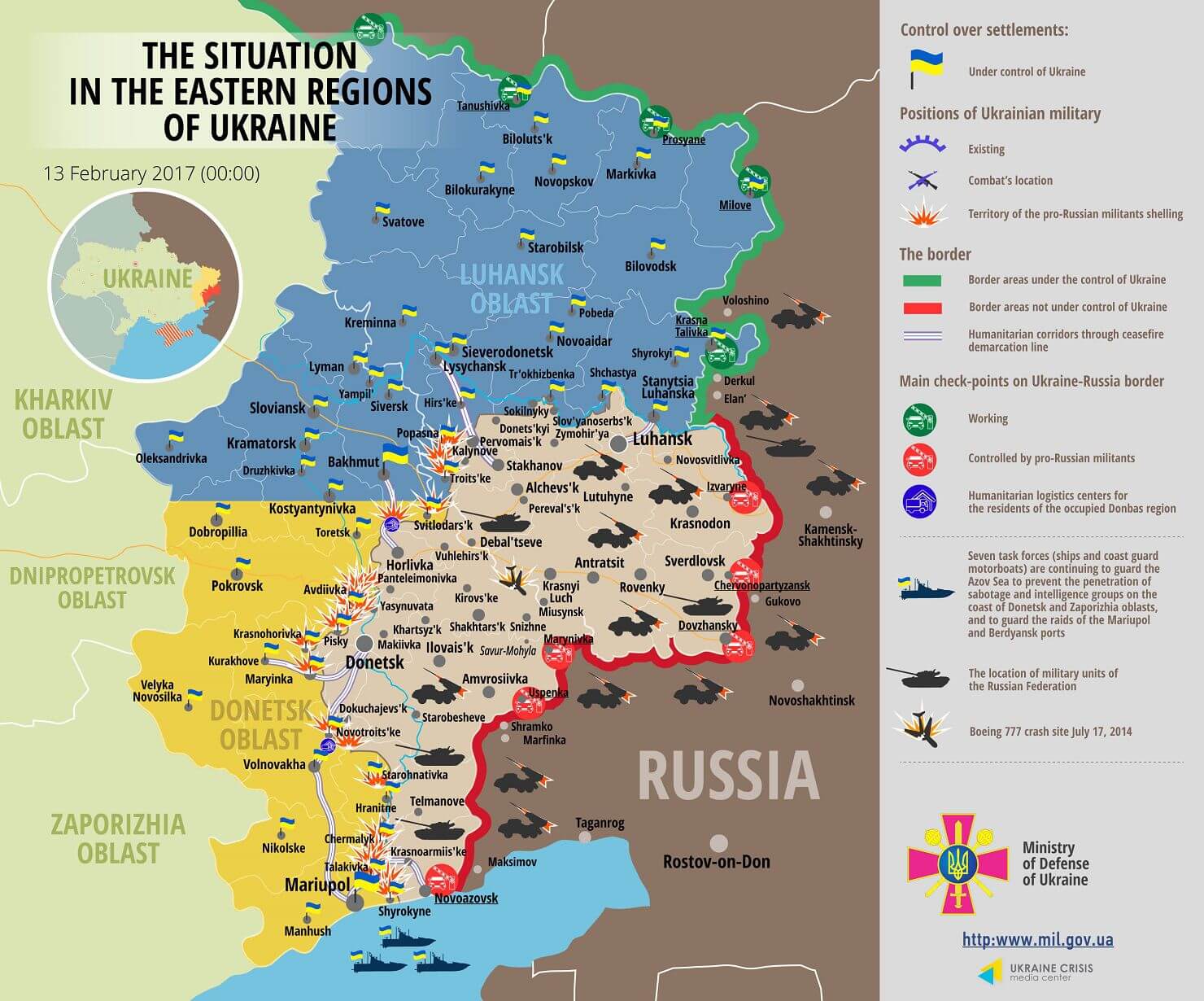 In the Luhansk sector Russian troops conducted 4 shooting attacks involving use of machine guns and grenade launchers. All of these took place in the Popasna area.

See also: OSCE confirmed that Russia had been preparing to attack Avdiivka in Donbas for six months