3 Ukrainian soldiers were killed in action (KIA) and 4 were wounded in action (WIA) as Russia`s hybrid military forces have attacked Ukrainian positions 35 times since the beginning of Thursday, according to the press center of the Anti-Terrorist Operation (ATO) Headquarters. 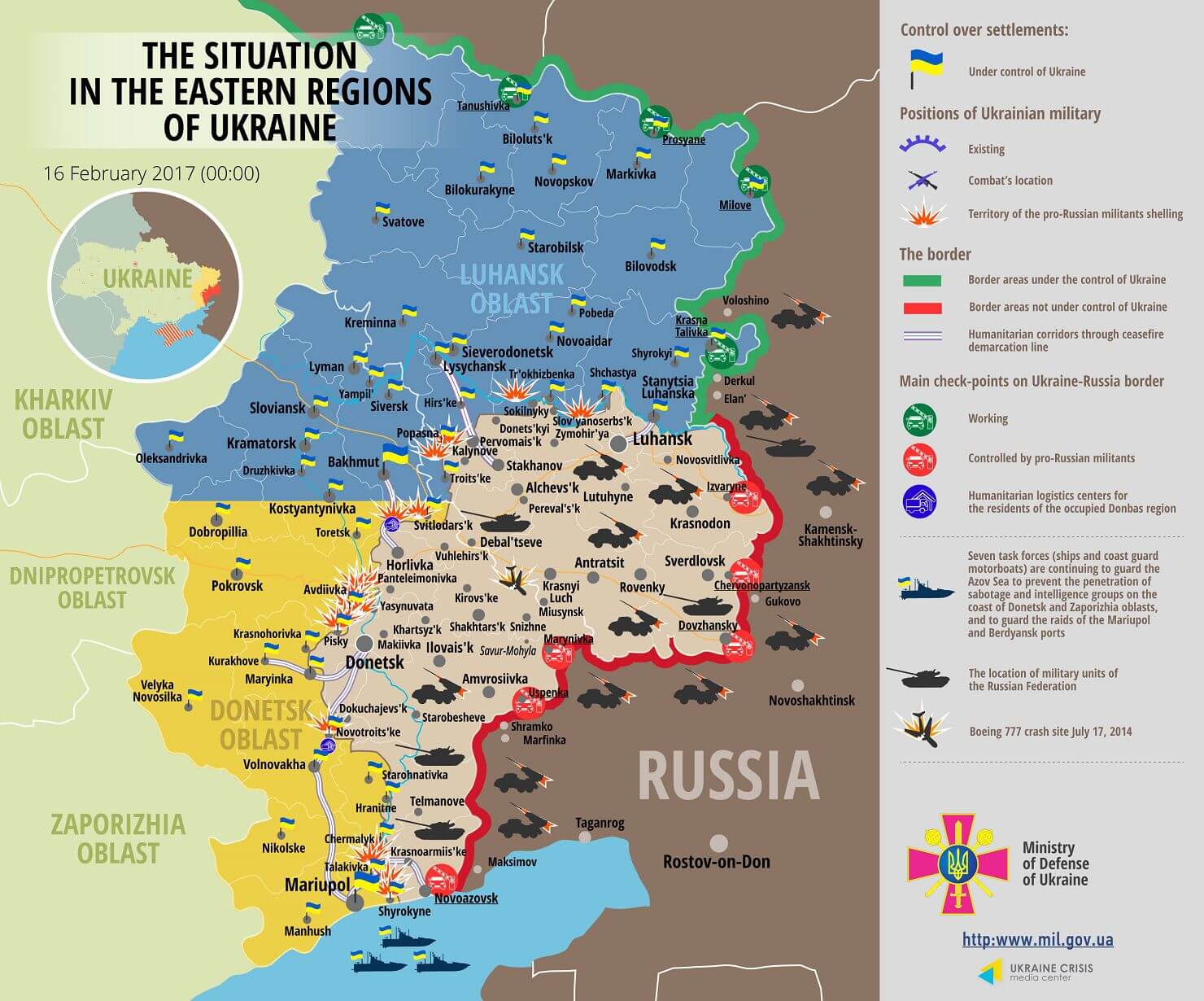 Russia`s hybrid military forces used mortars of different calibers to shell the town of Avdiyivka, and the villages of Kamyanka, Pisky, Zaitseve, and Verkhniotoretske in the Donetsk sector. They used grenade launchers and small arms to fire on Kamyanka, Zaitseve, Pisky, and Avdiyivka. Zaitseve also came under sniper fire.

Russian troops were shelling ATO troops in Avdiivka from 3 p.m. till midnight non-stop. During these nine hours Russian troops conducted a series of massive artillery and mortar attacks at Avdiivka industrial area, and fired from tanks over 10 times. Residential quarters came under enemy’s long-range artillery fire yet another time.

The village of Krymske in the Luhansk sector came under fire from 120mm and 82mm mortars. Grenade launchers and small arms were used to fire on the villages of Lobacheve and Novo-Oleksandrivka.

Proscribed 120mm mortars were used to shell the village of Shyrokyne, which is close to the Ukrainian-controlled strategic port city of Mariupol. Grenade launchers and small arms were used to attack the town of Maryinka, and the villages of Novoselivka, Vodiane, Lebedynske, Shyrokyne, Pavlopil and Hnutove. Shyrokyne was also attacked by enemy infantry fighting vehicles. What is more, anti-tank missiles were lobbed into the village of Bohdanivka.

See also: UN and the Council of Europe call Ukraine not to adopt the law on occupied territories and take responsibility for the safety and lives of people in the territories occupied by Russia