Combined Russian-separatist forces attacked Ukrainian army positions in eastern Ukraine 88 times in the past 24 hours, with the largest number of attacks being 37 and recorded in the Donetsk sector, the press center of the Anti-Terrorist Operation (ATO) headquarters posted on Facebook.

In the Donetsk sector, militants continue their armed provocations across the entire demarcation line. From the northern suburbs of Krasnohorivka towards Troitske militants fired mortars, rocket-propelled grenades and large-caliber machine guns. 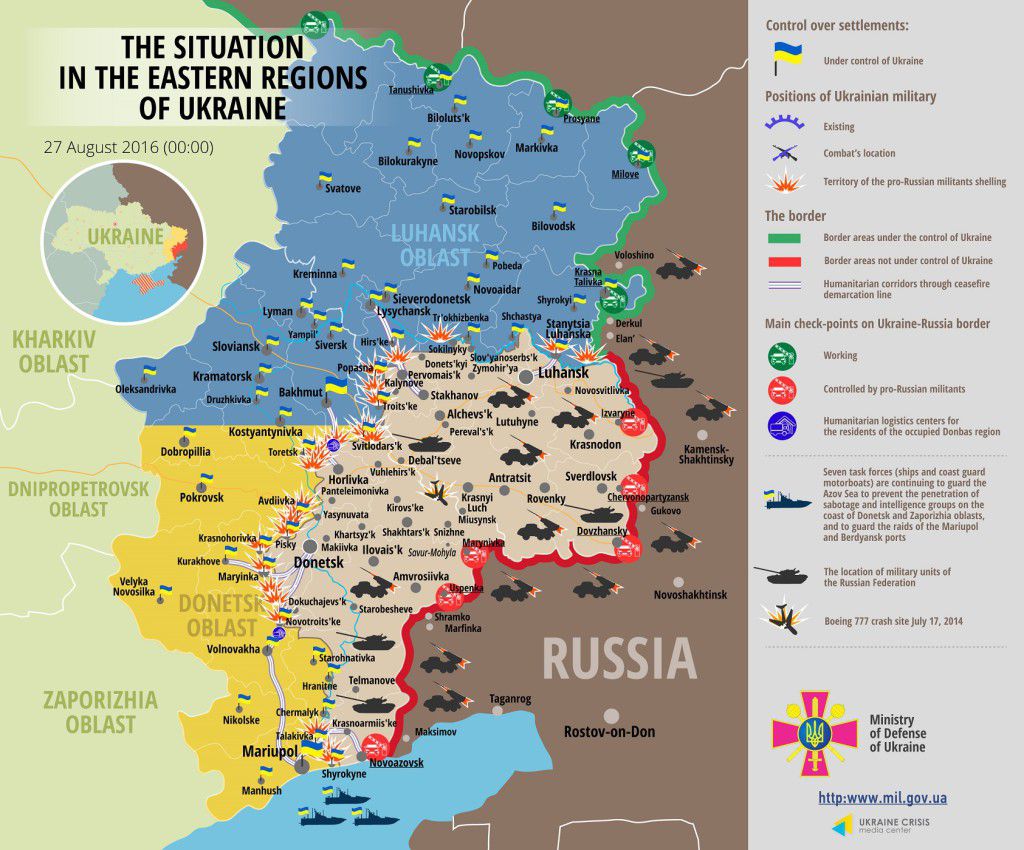 Also, Ukrainian positions in Zaitseve and Pisky were attacked with 122 mm caliber heavy artillery. The militants once again attacked Avdiyivka with tanks, having launched over six dozen shells. Additionally, enemy infantry fighting vehicles were in use near Ukrainian strongholds in the villages of Zaitseve, Novhorod and Luhanske, according to the report.

The militants also continued armed provocations in the Mariupol sector, having violated the ceasefire 31 times over the past day. Militants fired some fifty shells of various calibers at Ukrainian positions in Krasnohorivka, and later used heavy machine guns, infantry combat vehicles and 152mm self-propelled artillery. Fire from the 120-mm mortars was launched at Taramchuk, Shyrokyne and Lebedynske. The villages of Vodiane, Hnutove, and Novotroitske were attacked with 82-mm mortars, while Berezove, Maryinka and Shyrokyne sustained attacks from grenade launchers of various systems and heavy machine guns. Sniper fire was recorded in Maryinka.

In the Luhansk sector, the start of the day was marked with a massive artillery attack on Krymske, as militants fired over fifty 122-mm shells. In the evening, the militants fired another two dozen 122-mm shells and also fired mortars. The villages of Novozvanivka, Popasna, and Luhanske were attacked with rocket-propelled grenades and heavy machine guns. The militants also opened machine-gun fire in Zolote. Ukrainian positions in Stanitsa Luhanska were attacked with 82-mm caliber mortars and infantry fighting vehicles.