Combined Russian-separatist forces attacked Ukrainian army positions in eastern Ukraine 73 times in the past 24 hours, according to the press center of the Anti-Terrorist Operation (ATO) Headquarters. 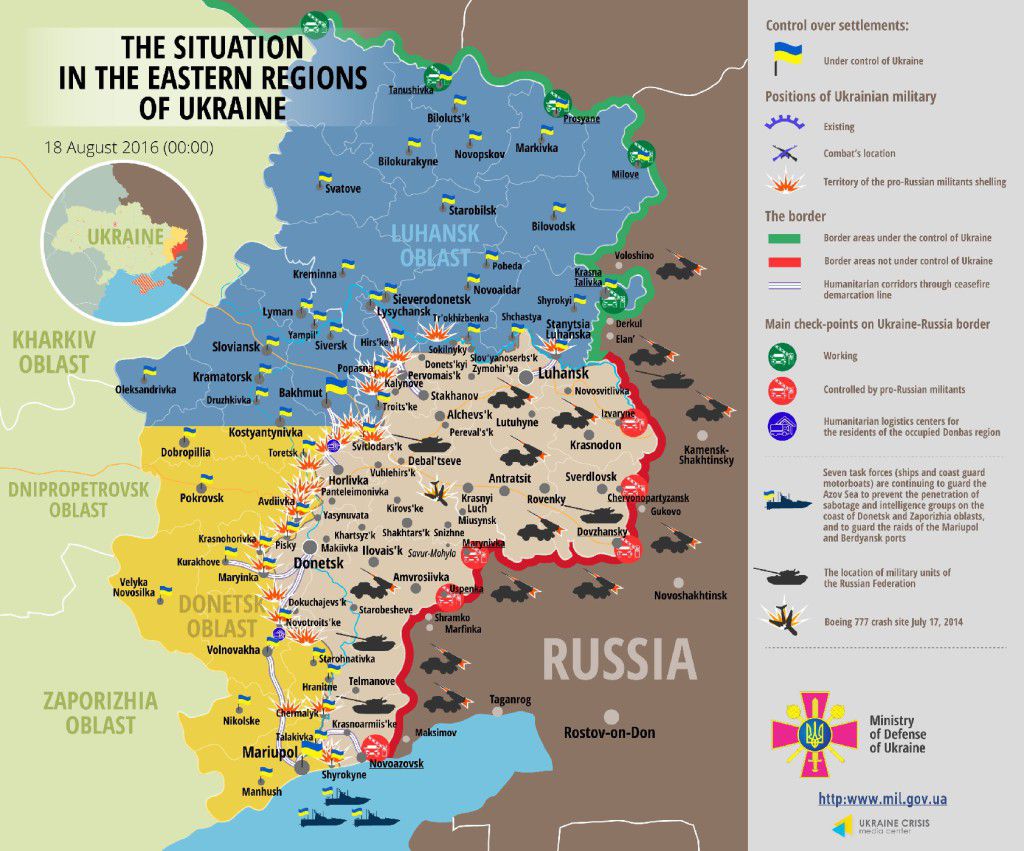 In the area of Toretsk – Avdiyivka, the militants fired mortars, grenade launchers of various systems, heavy machine guns and small arms during the day. They fired from infantry fighting vehicles in the villages of Novoselivka, Novhorodske, Verkhniotoretske and Luhanske, as well as tank shells near Troyitske.

In Luhansk sector, Russia`s hybrid military force fired 122mm artillery systems on the villages of Novozvanivka and Kalynove-Popasne. The enemy also fired 120mm mortars and automatic mounted grenade launchers on the Ukrainian positions in the town of Zolote. The militants opened grenade fire near the villages of Novo-Oleksandrivka, Novotroyitske, Krymske and the towns of Popasna and Zolote. In the village of Stanytsia Luhanska, the enemy continued armed provocations with the use of rocket-propelled grenades of various systems and heavy machine guns, as well as small arms in Novozvanivka.

The enemy once again intensified aerial reconnaissance. The Ukrainian army recorded seven flights of militant UAVs over the positions of the Ukrainian military in the last day.