Combined Russian-separatist forces attacked Ukrainian army positions in eastern Ukraine 71 times in the past 24 hours, including 26 times in the Mariupol sector, 30 times in the Donetsk sector and 15 times in the Luhansk sector, according to the press center of the Anti-Terrorist Operation (ATO) Headquarters.

From 11:00 to 20:00, the enemy was firing mortars on residential areas of the settlements near the city of Donetsk. 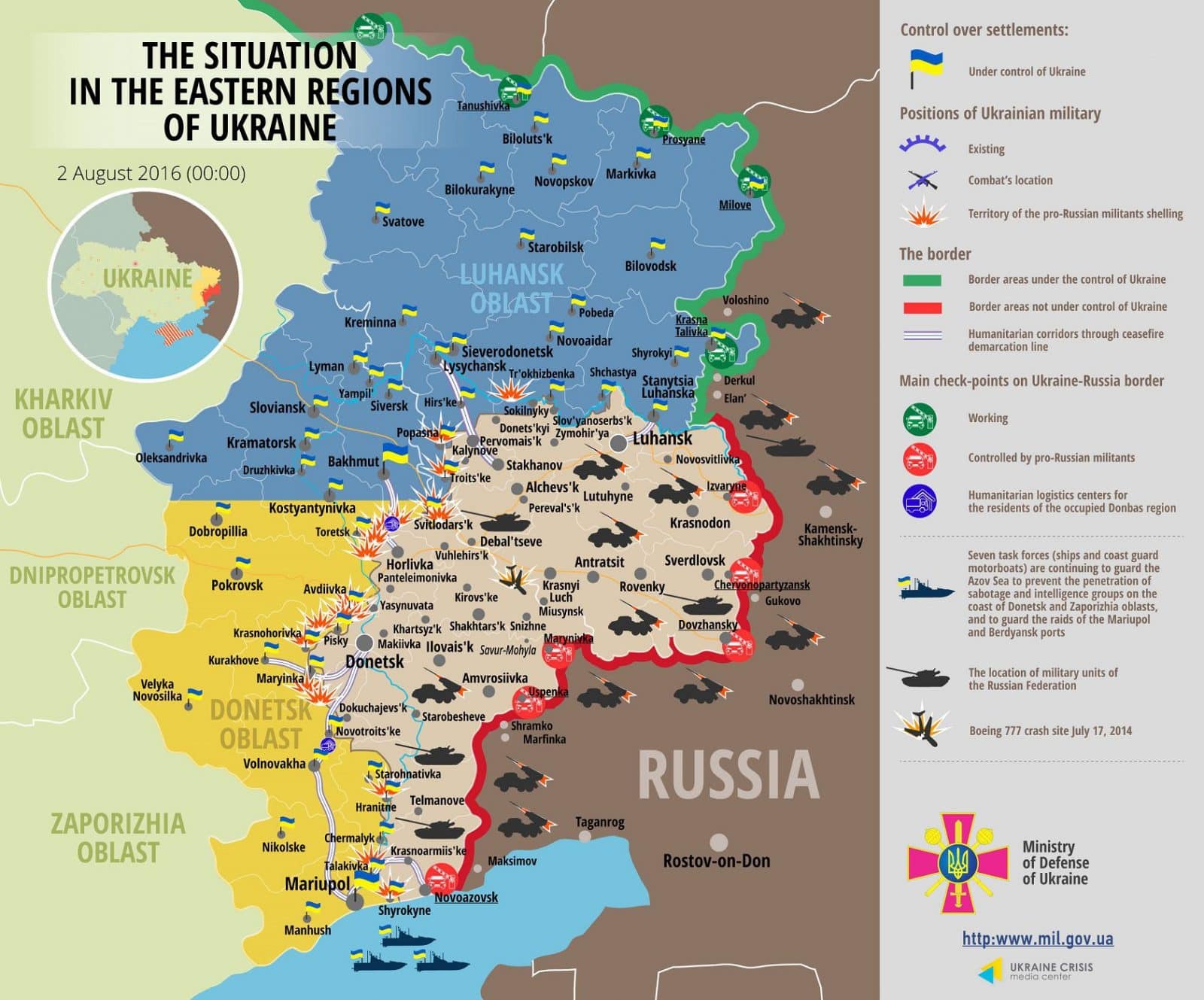 ”In the Donetsk sector, the militants do not stop armed provocations between the towns of Krasnohorivka, Avdiyivka and Horlivka. The Russian-backed mercenaries used 120mm and 82mm mortars, grenade launchers, heavy machine guns and small arms there. They also fired from infantry fighting vehicles near the villages of Luhanske and Maiorsk. The situation was most tense in the village of Zaitseve where the enemy used banned heavyweight tube artillery systems,” the press center said.

In the Mariupol sector, the enemy fired mortars of various calibers, rocket-propelled grenades and machine guns on the Ukrainian fortified positions. The situation was also hot in Krasnohorivka. The enemy fired from infantry fighting vehicles in the town of Maryinka, and the villages of Shyrokyne, Talakivka and Vodiane. In addition, a tank and sniper fire was recorded in Maryinka.

In Luhansk region, the occupiers conducted both adjusted and chaotic mortar and grenade fire on the villages of Novozvanivka and Krymske. The village of Novo-Oleksandrivka and the town of Zolote came under enemy grenade fire. The enemy fired from infantry fighting vehicles in the village of Stanytsia Luhanska. A sniper was active in Novozvanivka.