Combined Russian-separatist forces attacked Ukrainian army positions in eastern Ukraine 48 times in the past 24 hours – 18 times in the Donetsk sector, 21 times in the Mariupol sector and nine times in the Luhansk sector – according to the press center of the Anti-Terrorist Operation headquarters. 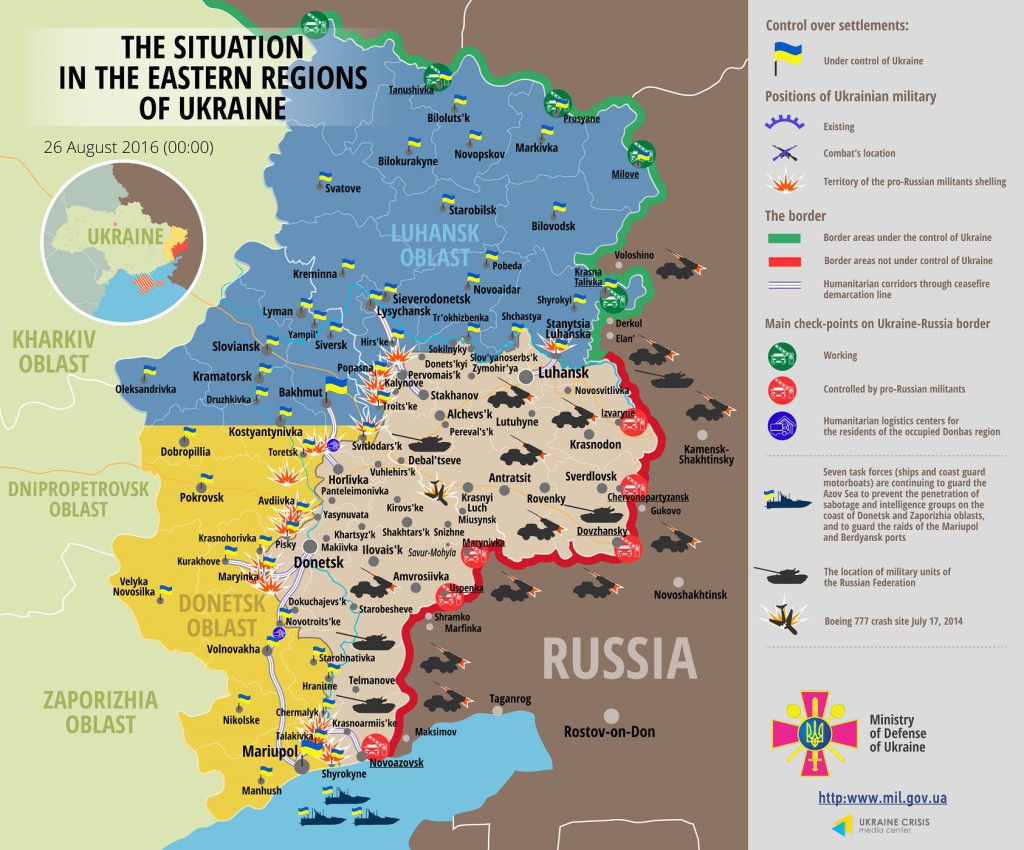 ”In the Donetsk sector, the enemy violated the Minsk agreements, launching about 170 shells from heavy artillery systems. At the beginning and at the end of day the militants fired 152mm and 122mm self-propelled artillery systems thrice on Ukrainian positions near the town of Avdiyivka and 152mm artillery systems on the village of Arkhanhelske. In Avdiyivka area, in the northern suburbs of the town of Horlivka, the militants continued to fire mortars, grenade launchers and machine guns. The Ukrainian army also spotted an unmanned aerial vehicle flying over Ukrainian positions near the Avdiyivka industrial zone. The occupiers used infantry fighting vehicles near the villages of Luhanske and Kirove,” the report stated.

In the Mariupol sector, the situation was tense in the town of Maryinka and the villages of Shyrokyne and Vodiane where the militants fired rocket-propelled grenades, heavy machine guns and small arms. ”In Maryinka and the village of Hnutove, Russia`s hybrid military force used 82mm mortars. They also fired banned 120mm mortars on Ukrainian fortified positions in the villages of Pavlopil and Novomykhailivka. Additionally, the militants used armored vehicles near the vicinity of Maryinka,” the report read.