Combined Russian-separatist forces attacked Ukrainian army positions in eastern Ukraine 47 times in the past 24 hours, including 20 times in the Mariupol sector, 16 times in the Donetsk sector and 11 times in the Luhansk sector, according to the press center of the Anti-Terrorist Operation (ATO) Headquarters.

In the Mariupol sector, the occupiers opened fire from 122mm artillery systems on the Ukrainian positions in the village of Shyrokyne, having launched 116 heavy shells. 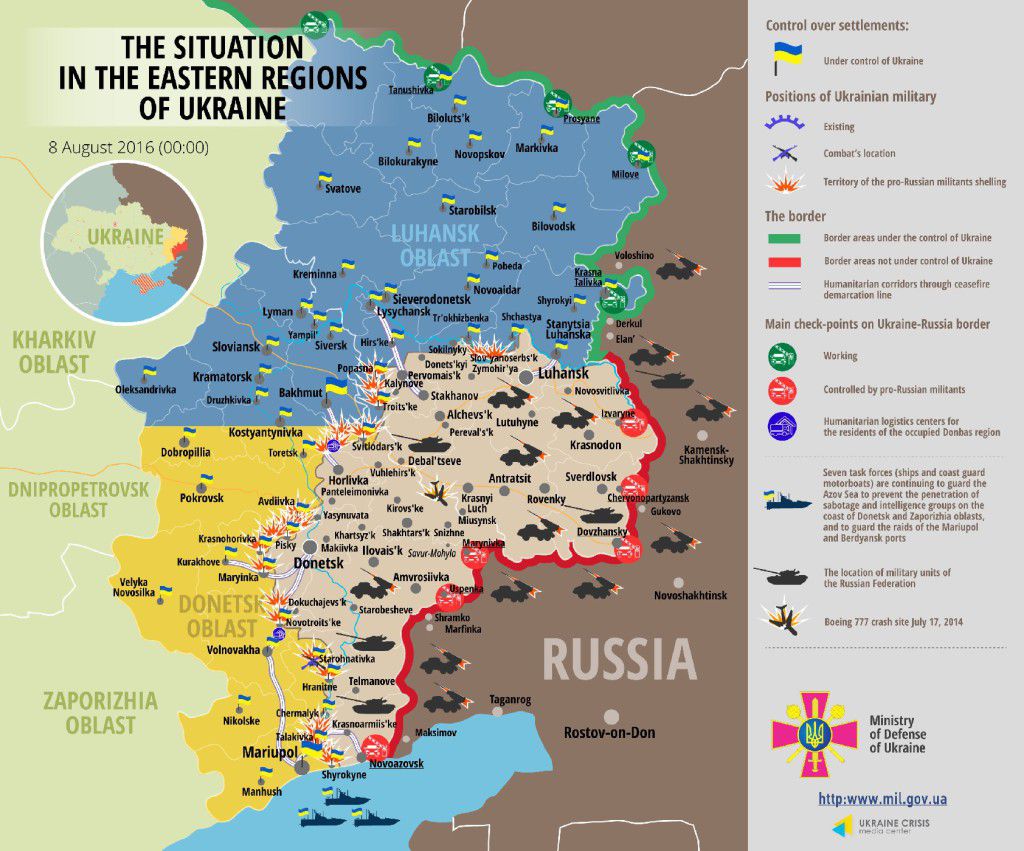 In addition, the enemy launched more than 170 mines of various calibers on the town of Krasnohorivka, and the villages of Shyrokyne, Vodiane and Hnutove. Armed provocations with the use of grenade launchers, machine-guns and small arms continued in the town of Maryinka and the village of Starohnatіvka.

The enemy observed the ceasefire from morning to noon, after which resumed firing in all directions.

In Luhansk region, the militants were active in the second half of the day. They fired mortars, grenade launchers, machine-guns, and small arms on the Ukrainian positions in the villages of Novozvanivka, Novo-Oleksandrivka and Novotoshkivske. They also opened fire from grenade launchers and small arms in the town of Zolote. In addition, an enemy sniper was working there.

The occupiers continue to actively use aerial reconnaissance means.