Combined Russian-separatist forces attacked Ukrainian army positions in eastern Ukraine 42 times in the past 24 hours, using banned weapons, according to the press center of the Anti-Terrorist Operation (ATO) Headquarters.

In the Mariupol sector, the Ukrainian army recorded 21 enemy attacks. Armed provocations with the use of 120mm and 82mm mortars, heavy machine-guns and grenade launchers of various systems took place in the villages of Shyrokyne, Taramchuk, Vodiane, and Pavlopil. 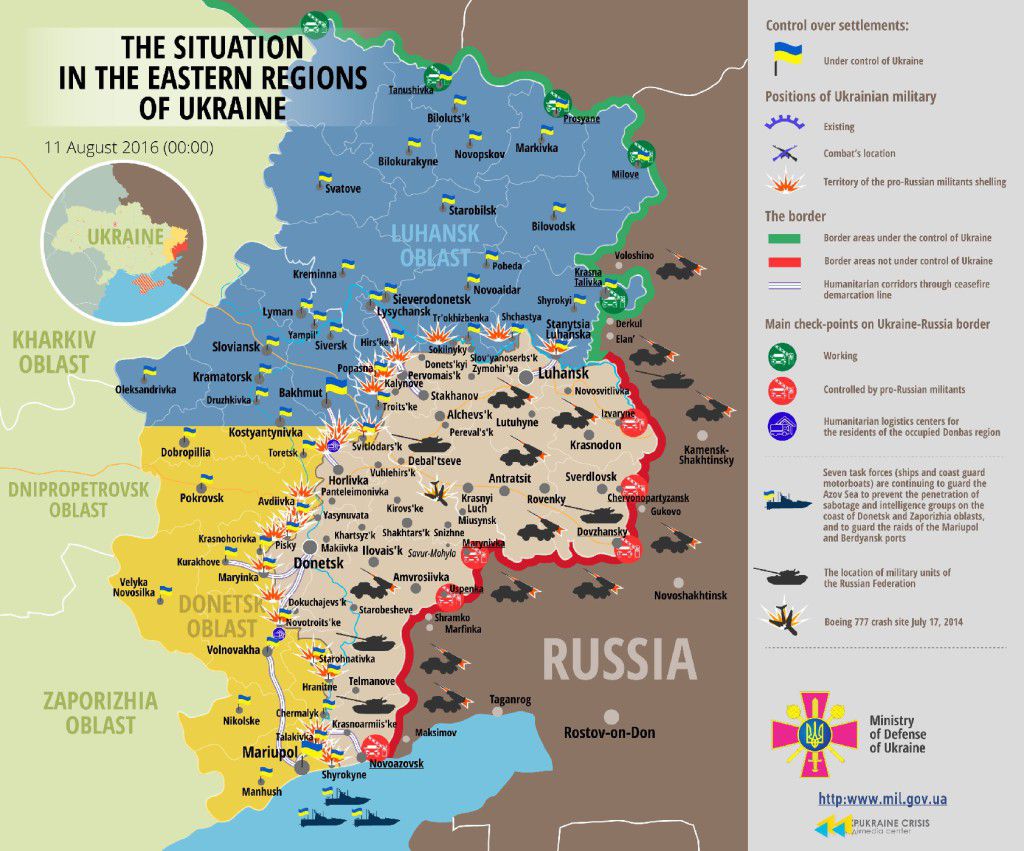 The militants also fired machine-guns on the Ukrainian positions in the villages of Berezove, Starohnativka, and Talakivka.

Russia`s hybrid military force used infantry fighting vehicles to attack Ukrainian fortified positions in Shyrokyne, while anti-aircraft guns were used to shell the village of Chermalyk. Russian-backed troops also fired small arms in Starohnativka and the town of Maryinka. An enemy sniper was active near Maryinka after dark.

In the Donetsk sector, the occupiers opened fire 15 times. They fired grenade launchers, machine-guns and mortars along the defense line near the town of Avdiyivka and the village of Luhanske.

The Russian-backed mercenaries fired from 120mm and 80mm weapons on the Ukrainian fortified positions at the Svitlodarsk bridgehead. They used heavy machine-guns and anti-aircraft guns. The enemy also fired heavy machine-guns in the village of Leninske. In the villages of Verkhniotoretske and Zaitseve, the militants resorted to armed provocations with the use of small arms. A sniper was also active near Verkhniotoretske.

In Luhansk region, the Ukrainian troops stationed in the villages of Zhovte, Novo-Oleksandrivka, Novozvanivka, and the town of Popasna came under grenade fire. The enemy also used 82mm mortars to shell Popasna.