Combined Russian-separatist forces attacked Ukrainian army positions in eastern Ukraine 59 times in the past 24 hours, including 28 times in the Mariupol sector, 23 times in the Donetsk sector and eight times in the Luhansk sector, according to the press center of the Anti-Terrorist Operation (ATO) Headquarters. 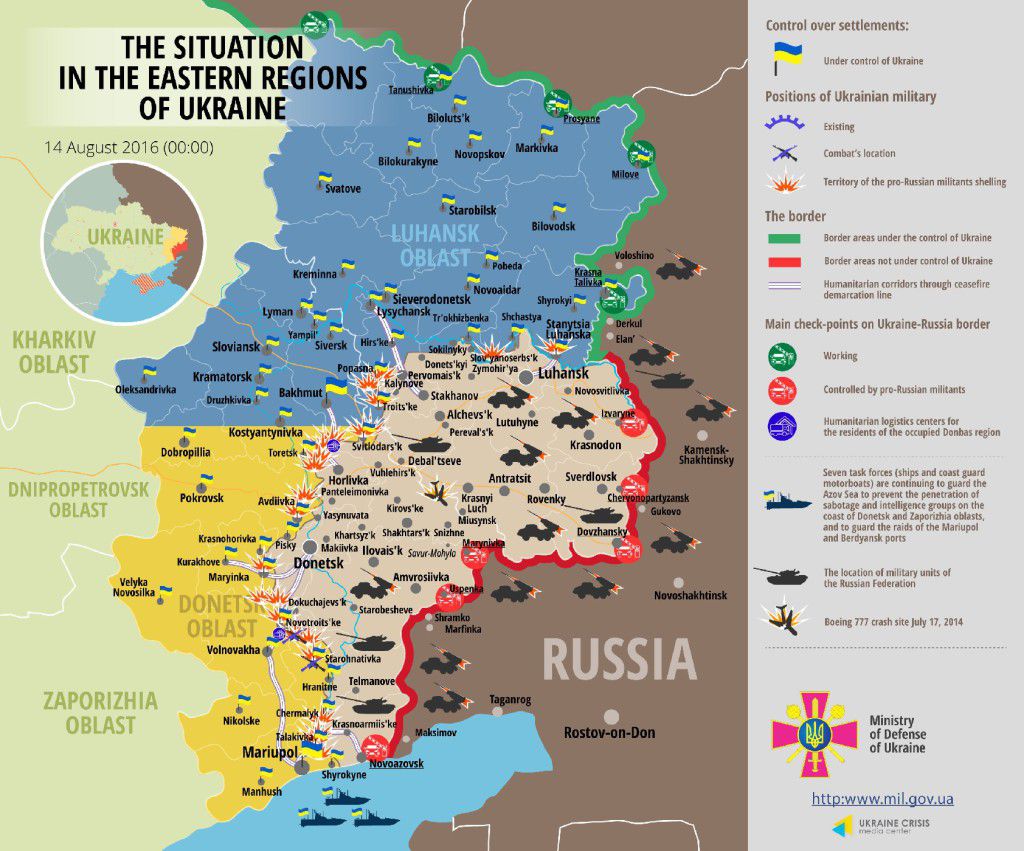 The village of Leninske came under machine-gun and grenade fire. A sniper was active in the village of Verkhniotoretske.

In the Mariupol sector, the enemy fired 122mm artillery systems near the village of Novoselivka, as well as 82mm mortars, rocket-propelled grenades and heavy machine guns on the Ukrainian positions in the village of Taramchuk. The militants fired mortars, machine guns and small arms in the town of Maryinka and the village of Talakivka, as well as grenade launchers in the villages of Vodiane, Hnutove and Shyrokyne. Russia`s hybrid military force continued provocations with the use of small arms near the town of Krasnohorivka, and the villages of Starohnativka and Bohdanivka. They also actively used armored vehicles near Shyrokyne, Talakivka, Maryinka and Vodiane.

In Luhansk region, the Russian-backed mercenaries fired 122mm self-propelled guns and 120mm mortars on the Ukrainian positions near the town of Popasna. They also fired 82mm mortars, heavy machine guns, automatic mounted grenade launchers and small arms on the Ukrainian defenders in the villages of Novo-Oleksandrivka and Novozvanivka. A sniper has been active near the village of Zhovte for the third consecutive day.

The enemy tried to seize a Ukrainian fortified position near Novo-Oleksandrivka. At about 10:10 Kyiv time, an enemy sabotage and reconnaissance group of up to 3-6 people came at a distance of 100 meters from the village of Kalynove and opened fire from heavy machine guns and small arms. A skirmish lasted for 20 minutes. Having suffered losses, the enemy retreated.