Combined Russian-separatist forces attacked Ukrainian army positions in eastern Ukraine 52 times in the past 24 hours, including 23 times in the Donetsk sector, 20 times in the Mariupol sector and nine times in the Luhansk sector, according to the press center of the Anti-Terrorist Operation (ATO) Headquarters.

The situation in the Donbas conflict zone remains tense but controlled. In flagrant violation of the Minsk agreements, the militants intensified their activity along the entire demarcation line, the ATO HQ said in an update as of 06:00 Kyiv time on August 17. 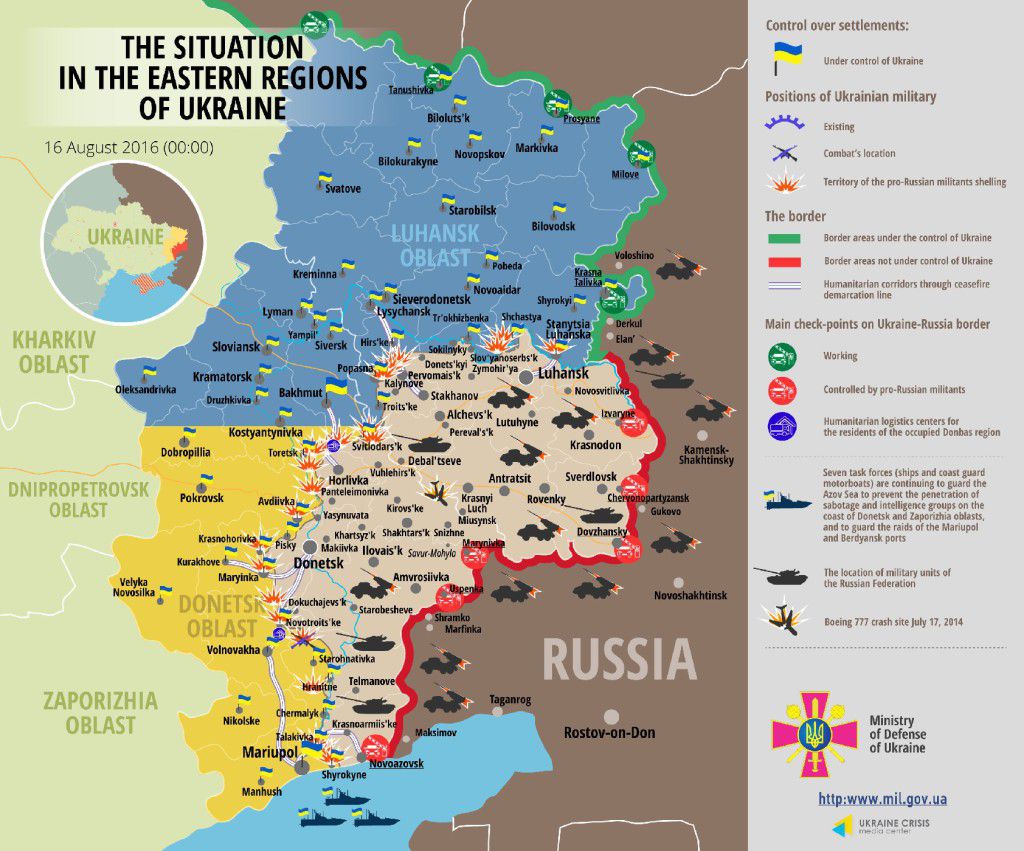 In the Donetsk sector, the situation was most tense in the town of Avdiyivka, and the villages of Zaitseve, Maiorsk and Luhanske, where the enemy fired 120mm and 82mm mortars, grenade launchers of various systems and heavy machine guns on the Ukrainian fortified positions. It was also restless in the villages of Verkhniotoretske, Kamianka, Novoselivka Druha and Novhorodske.

In addition, the Russian-backed mercenaries fired from infantry fighting vehicles in Popasna. The enemy does not stop armed provocations with the use of small arms. A sniper pair was active in Novo-Oleksandrіvka and Stanytsia Luhanska.