With the exception of single armed provocations by Russian-occupation forces, the situation in the Donbas conflict zone is controlled and the ”ceasefire” is mainly being observed, the ATO HQ wrote on Facebook on 06:00 September 7.

In the Mariupol sector, the situation was tense in the area of Shyrokyne – Talakivka, where the occupiers fired 120mm and 82mm mortars. 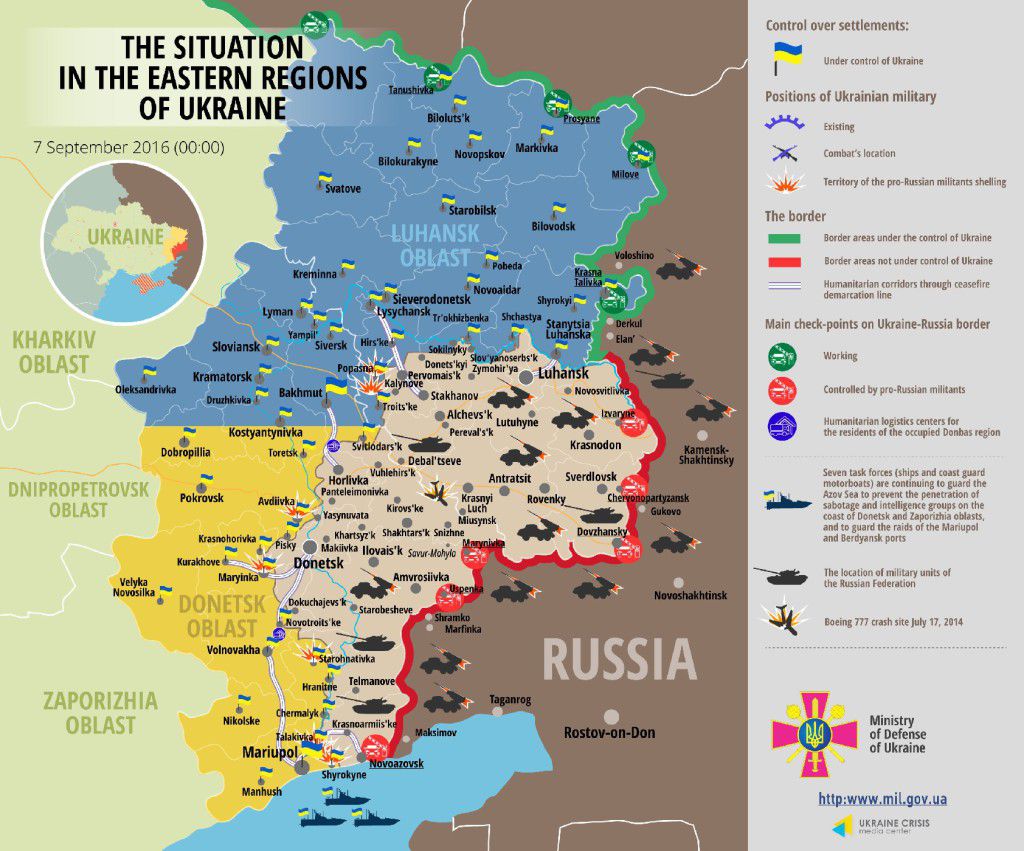 ”It should be noted that for the implementation of morale and psychological pressure on the ATO units, the enemy used sniper groups and small arms near the town of Maryinka,” the reports added.

In the Donetsk sector, provocative attacks by Russian-occupation forces occurred near the town of Avdiyivka. The militants fired machine guns, small arms and grenade launchers there.

In the Luhansk sector, Russia`s hybrid military force fired small arms on the town of Popasna and the village of Novozvanivka.

Also, the Ukrainian army spotted an enemy UAV which led an aerial reconnaissance over Ukrainian positions near the town of Novoazovsk.

”Despite provocative militant actions, the Armed Forces of Ukraine unswervingly adhere to the Minsk agreements,” the press center reported.