Combined Russian-separatist forces attacked Ukrainian army positions in eastern Ukraine 54 times in the past 24 hours, including 36 times in the Donetsk sector, 14 times in the Mariupol sector and four times in the Luhansk sector, according to the press center of the Anti-Terrorist Operation (ATO) Headquarters. 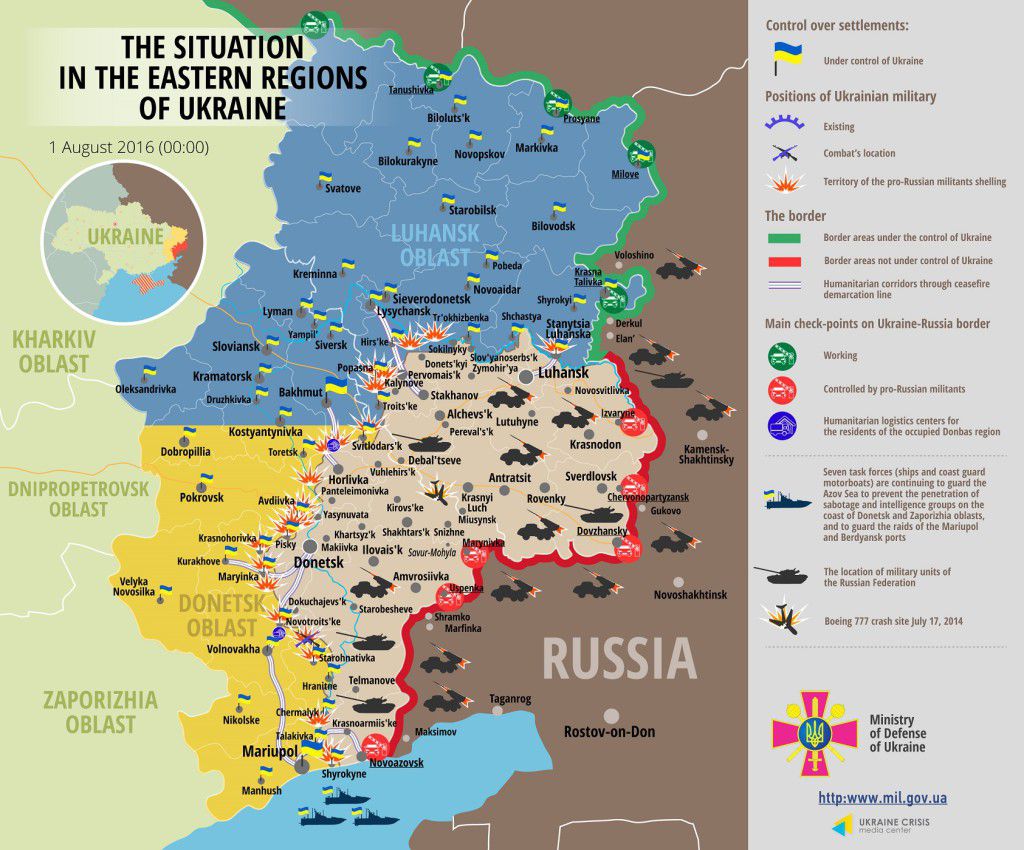 ”In the Donetsk sector, the enemy fired 120mm mortars and heavy machine guns between the towns of Avdiyivka and Krasnohorivka, and near the village of Troyitske. In addition, the occupiers used 82mm mortars, rocket-propelled grenades and small arms near Avdiyivka, and the villages of Maiorsk, Novhorodske, Zaitseve, Nyzhnie Lozove and Opytne. The enemy was active in these areas after dark. The Ukrainian military were forced to fire back in the villages of Luhanske, Zaitseve and Maiorsk. The enemy used armored vehicles in Nyzhnie Lozove,” the report says.

In Luhansk region, the Russian-backed mercenaries fired grenade launchers in the villages of Krymske and Lopaskyne, and the town of Popasna. They also used mortars and sniper fire on the Ukrainian positions in Krymske.