The authorities of self-proclaimed Donetsk People’s Repulic (DRR) handed over bodies of 3 Ukrainian troops to representatives of humanitarian project “EVACUATION 200” of Ukrainian Armed Forces yesterday. Ukrainian Armed Forces incurred no losses in combat yesterday, and one serviceman was injured in Zaitseve in Russian militants’ shelling, according to the ATO HQ press service. 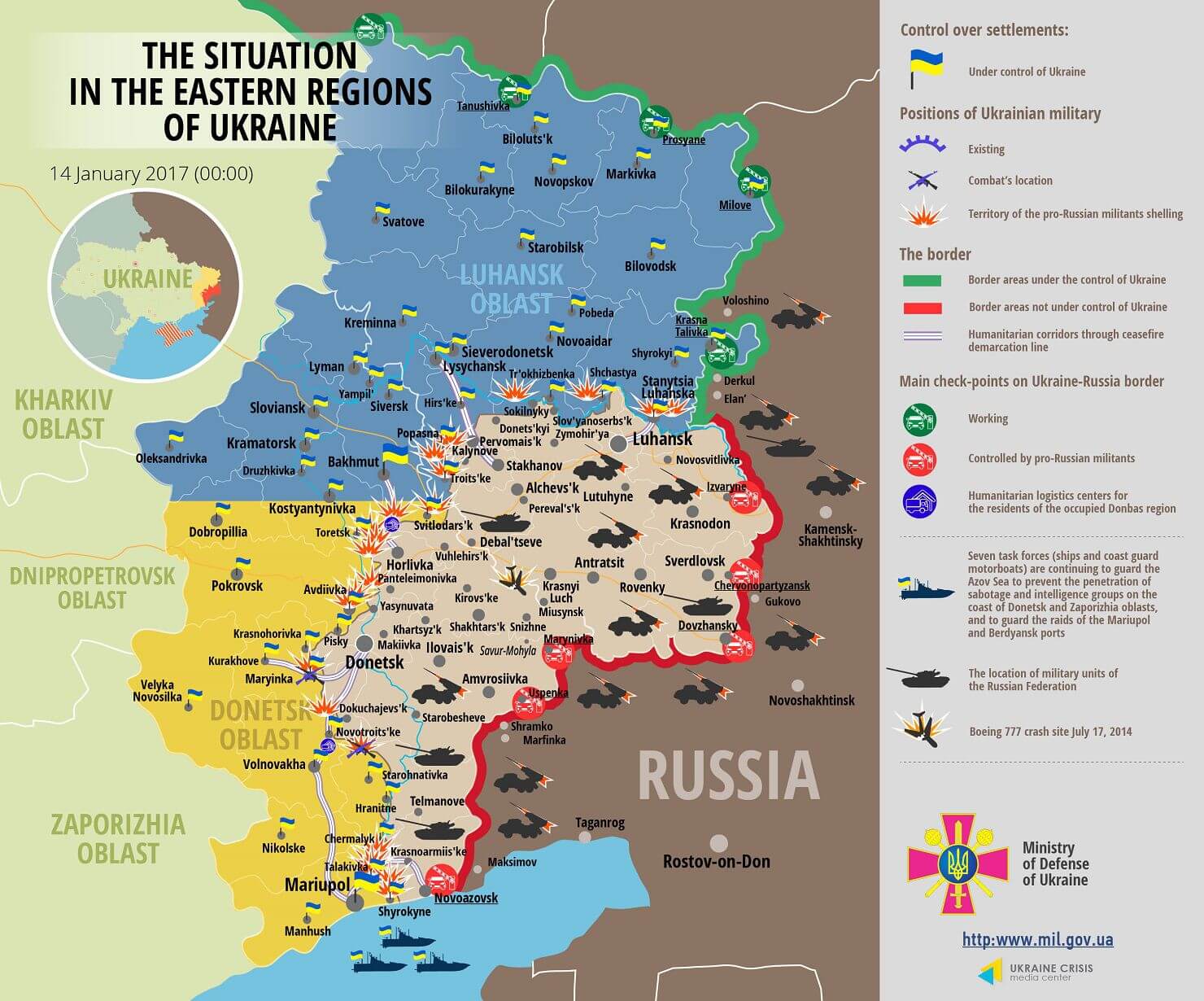 In the Donetsk sector Russian militants made 22 attacks, 3 of them involved use of heavy arms. They fired 122mm artillery and 82mm mortars on Verhnetoretske. Firefights are taking place along the entire frontline, excerpt for the Donetsk airport. They fired on Luhanske, Severne, Zaitseve, Yuzhne, Novgorodske, Troitske, Kamenka, and Avdiyivka from grenade launchers and small arms. A sniper was shooting at Kamenka.

In the Luhansk sector Russian militants conducted 15 attacks, 8 of them involved use of heavy armor.152mm and 122mm artillery was used by Russian militantsin shelling Novozvanivka and Troitske. On Novo-oleksandrivka, Novozvanivka, Valuiske, and Stariy Aydar they fired from 120mm and 82mm mortars. Grenade launchers and small arms were used by the Russian militants shooting on Ukrainian positions near Stanytsia Luhanska, Novozvanіvka, and Valuiske. A sniper was active near Krymske.

See also: Don’t call it a civil war – Ukraine’s conflict is an act of Russian aggression