Russian occupation troops in Donbas in the past day opened fire 60 times on the positions of the Ukrainian forces in the past day, as reported by the press center of the Headquarters of the Anti-Terrorist Operation. 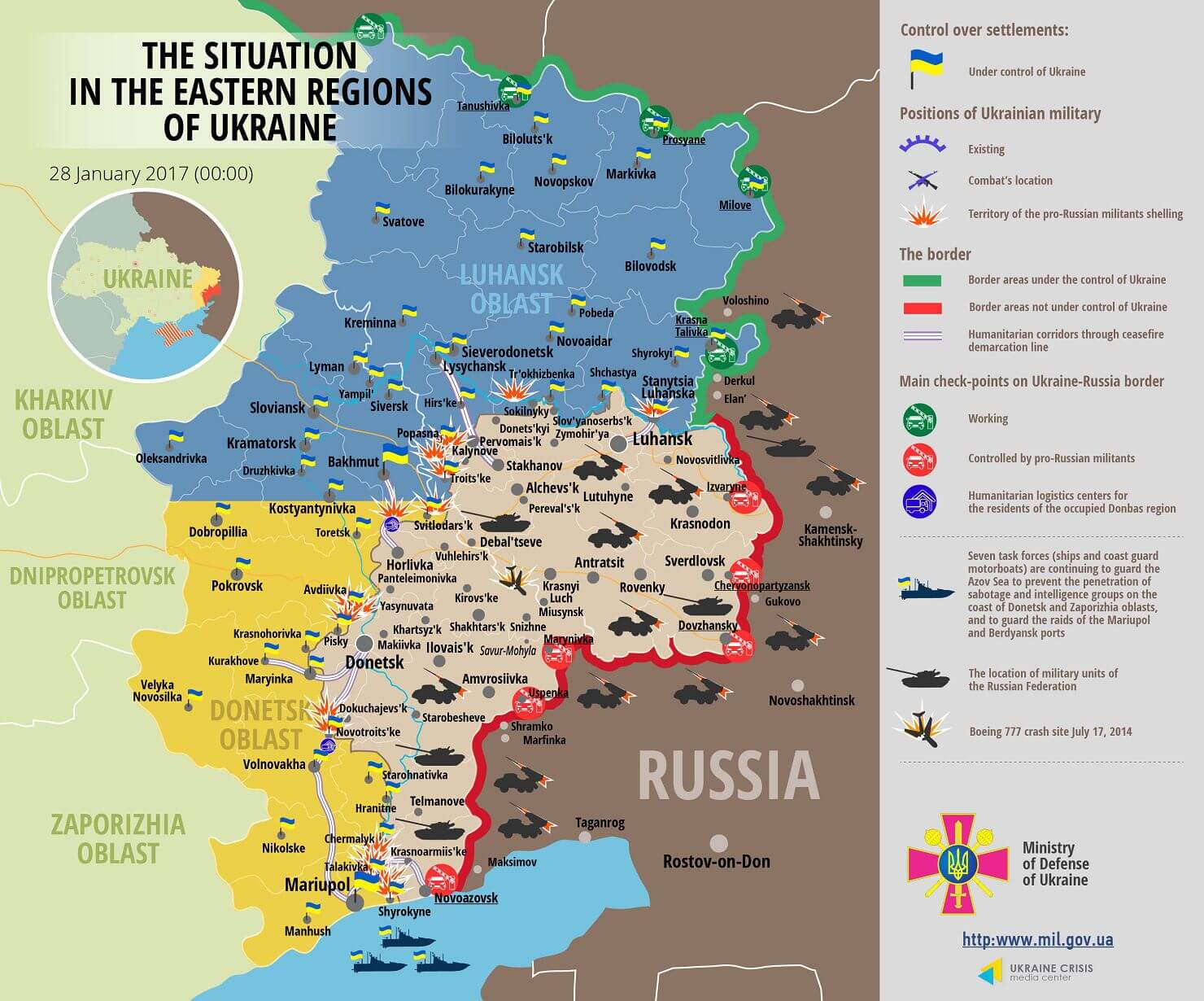 Russian militants were shooting from a tank in Shyrokyne after sunrise and used mortar launchers in the south part of the sector 24/7. They were the most active in Shyrokyne and launched over 70 mortar shells there, according to the General Staff of Ukrainian Armed Forces estimates. The armistice held in Krasnohorivka-Mariinka frontline area where enemy was massively attacking Ukrainian positions the day before. Moreover, Russian snipers were active. In total, Russian proxies conducted 34 shooting attacks in the Mariupol sector yesterday, using heavy armor in half of them.

Ukrainian Armed Forces incurred no losses in combat, but three troops were wounded.

The situation in the Luhansk sector was much calmer in comparison with the day before. Russian militants continued massive shelling of Ukrainian positions in Popasna area and in the vicinity of Bakhmut road. They hardly used any heavy armor at all. Frontline area near Popasna where Russian troops launched over 25 mortar shells at our defenders in the afternoon, was an exception. One armed provocation involving use of grenade launchers took place in the east of the sector, in Stanytsia Luhanska. In total, Russian militants opened fire 15 times in the Luhansk sector yesterday, using mortar launchers four times.

Combat situation in the Donetsk sector remains difficult, with geography of hostilities expanding once again. The situation is restless at the Svitlodarsk bulge and in the vicinity of the Donetsk airport again. In general, Russian proxies used heavy armor along the entire frontline. They did it the most frequently in the Avdiivka industrial area where Russian troops launched over 70 mortar shells and more than ten artillery bombs within a day during four shooting attacks at Ukrainian positions. In total, Russian militants attacked 11 times in the Donetsk sector in the last 24 hours, and used heavy armor 7 times.

30 trucks with humanitarian aid proceeded through Novotroitske checkpoint to the temporarily occupied territory. Inhabitants of temporarily occupied territories in the east of Ukraine received over 500 tons of construction materials from the Office of the United Nations High Commissioner for Human Rights and 115 tons of food from the International Red Cross Committee mission.

See also: Russian troops at the Ukrainian border increased to 44 000 in recent weeks