Russian militants increased number of attacks and are actively using heavy weapons. One Ukrainian soldier reported as wounded in action, according to the press service of the Anti-Terrorist Operation (ATO) Headquarters. 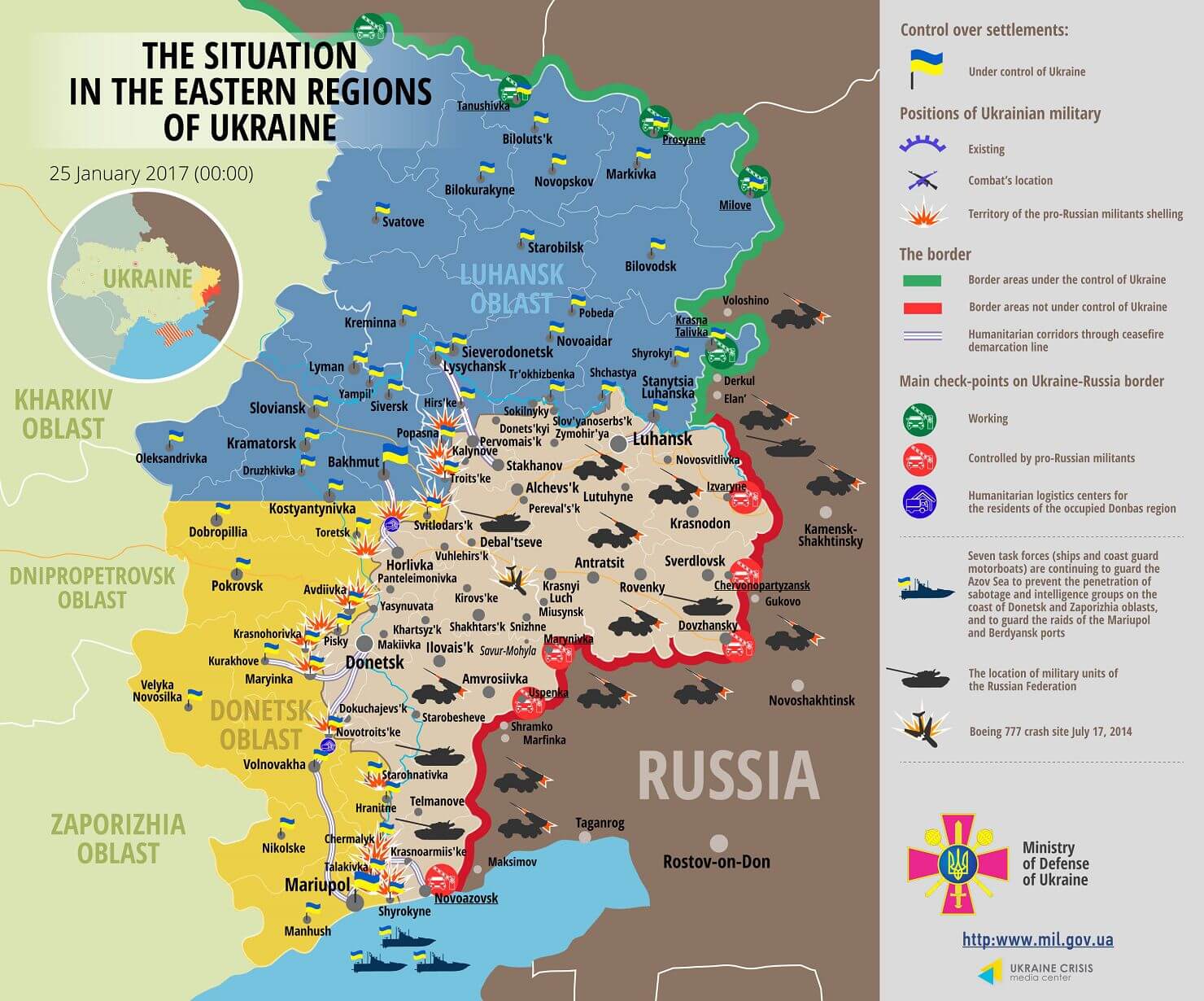 In the Luhansk sector, the Russian militants used 122mm artillery systems and 120mm mortars to shell the villages of Novozvanivka and Troyitske. The village of Bohuslavske came under mortar fire. Additionally, the enemy fired rocket-propelled grenades and small arms on Troyitske. 11 militants’ attacks took place in the Luhansk sector yesterday, and four of them involved use of heavy armor. Over 30 mortar bombs and several shells were launched at Ukrainian positions.

First results of multinational inspection team’s work conducting inspection of Russian territory near the border with Ukraine have been published. Inspectors from Ukraine, Canada and Denmark were working in Rostov region. The 150th motorized rifle division of the Armed Forces of the Russian Federation actively forms near Ukrainian border. According to expert opinion, it will number 10.5 thousand troops. Inspectors found large artillery detachments of Russian army in the vicinity of Novocherkask. Ukrainian side presumes that manpower and armament of the 150th division can be used to support activity of Russia-backed militant groups on the temporarily occupied territories of Ukraine. It is important to indicate that Russian side was putting pressure on inspectors and imposing limitations. For instance, on the stage of the inspection plan discussion, Russia stated, it was going to limit the area for helicopter flights to 25 km along Ukrainian border above military airfields and training areas. Later the flights were cancelled altogether, presumably due to bad weather, so inspectors could use only motor vehicles.