Russian militants attacked Ukrainian positions in all sectors in Donbas over the last 48 hours, 1 Ukrainian soldier was killed

Russian militants shelled a bus in Olenivka and launched 25 attacks on positions of the Armed Forces of Ukraine in Donbas over the past day. One Ukrainian soldier was killed, according to the press service of the Anti-Terrorist Operation (ATO) Headquarter.

In Luhansk sector, the same types of weapons were used to fire at Novozvanivka (70km west of Luhansk) and Stanytsia Luhanska (16km north-east of Luhansk).

Russian militants attacked Ukraine 19 times on January 20, 2017, according to the press service of the Anti-Terrorist Operation (ATO) Headquarter. 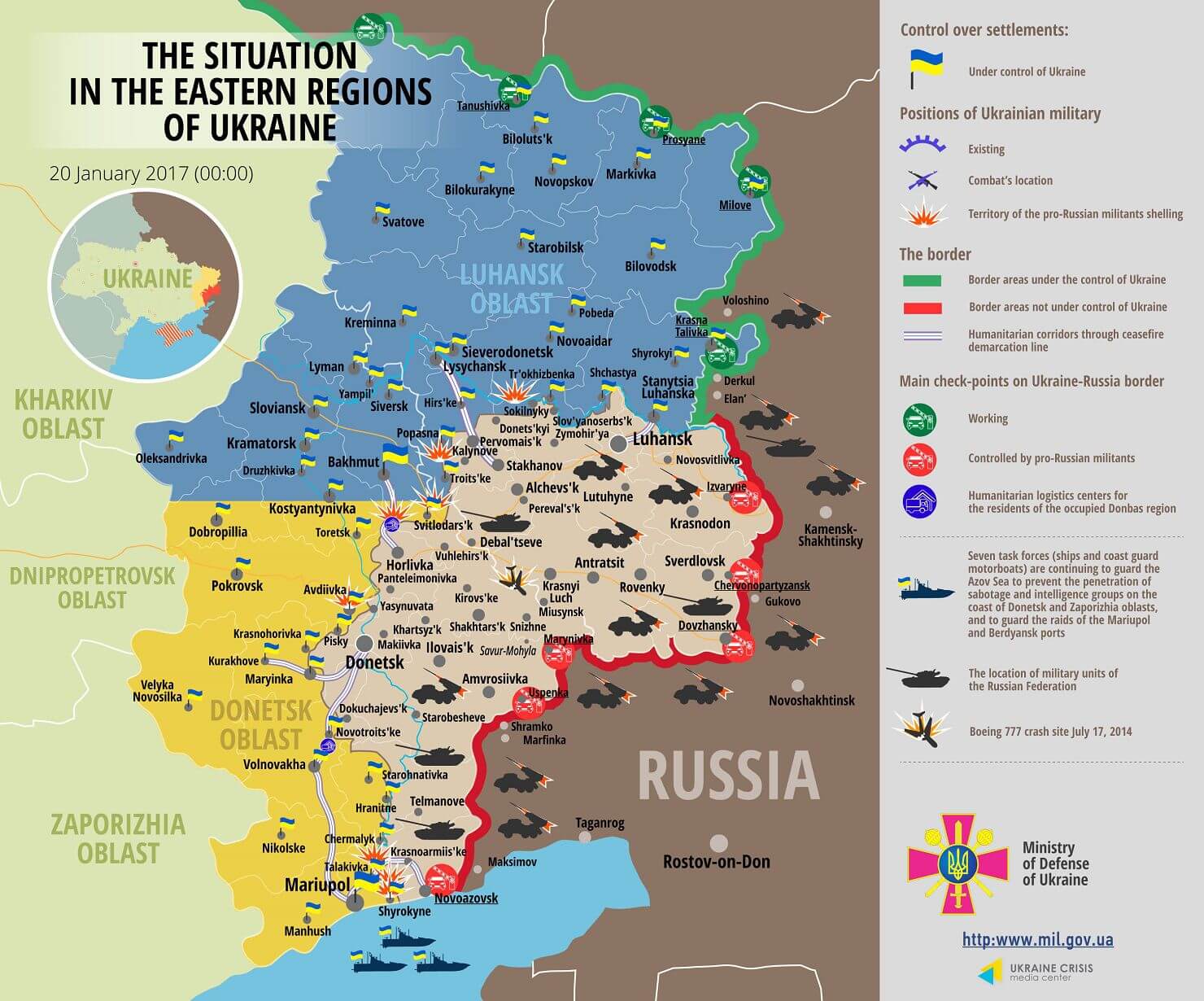 In the Luhansk sector Russian militants attacked Krymske, and shelled from mortar launchers and grenade launchers during the day. They launched 19 mortar shells at our positions within 30 minutes. Russian militants opened fire from grenade launchers in Novozvanivka around midnight. The attacks were mostly sporadic. In total, 3 militants’ attacks took place in the Luhansk sector yesterday, and 2 of them involved use of heavy armor.