Russian militants continue shelling Ukrainian positions in Avdiyivka from artillery and mortar launchers. Ukrainian troops along the entire frontline have been placed on the high alert. 3 Ukrainian soldiers were killed and one soldier was injured, as reported by the press center of the Headquarters of the Anti-Terrorist Operation. 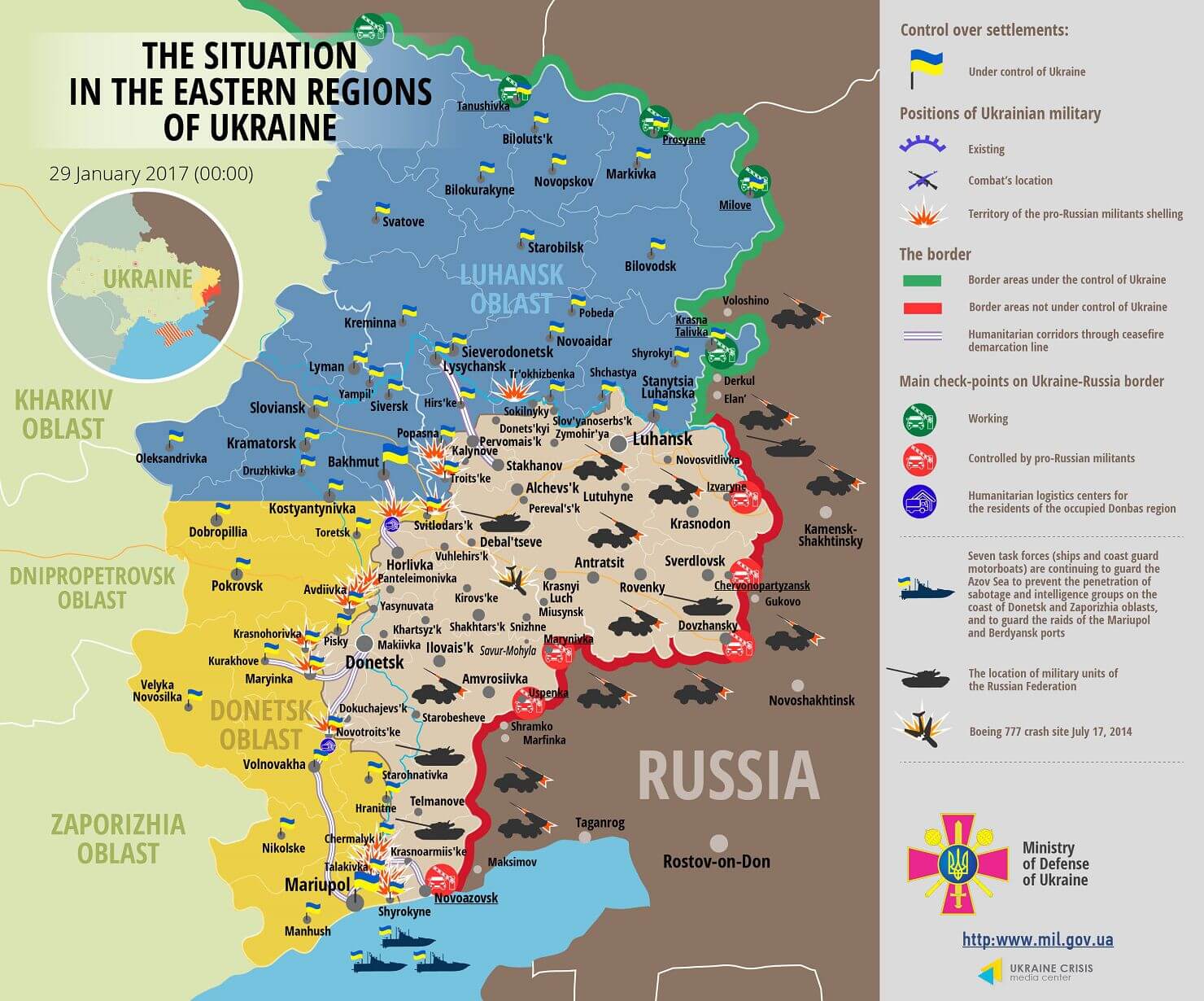 See also: Russia isn’t to blame for MH17, because “They say it wasn’t them” – Trump