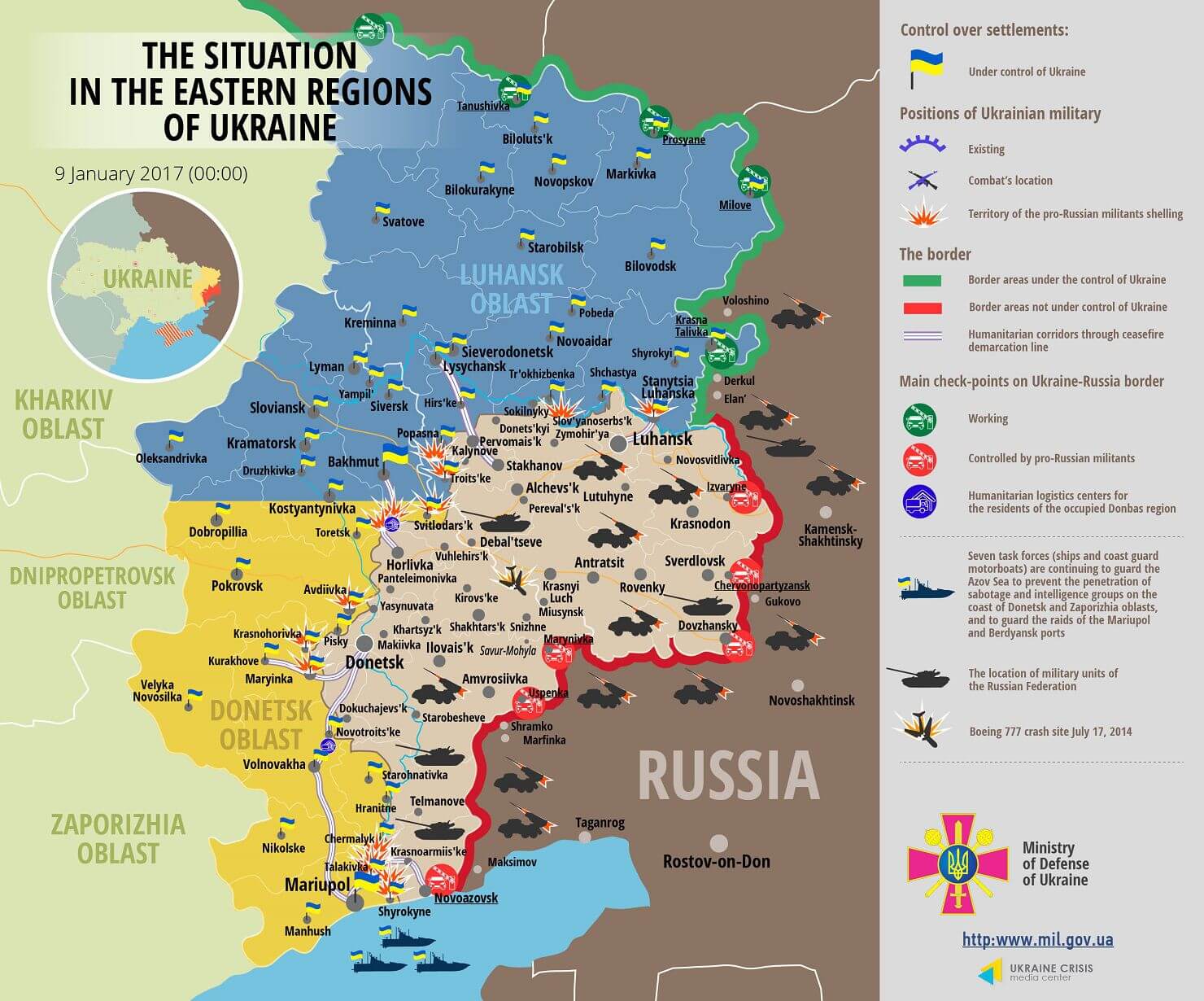 In the Mariupol sector, Russiaian militants attacked 30 times, eight of them involved use of heavy weapons. They fired 122mm artillery systems on the village of Shyrokyne, as well as 120mm and 82mm mortars in the town of Maryinka, and the villages of Hnutove, Troyitske, Vodiane, Talakivka and Shyrokyne. Russian militants used mortar launchers in the vicinity of Hnutove, Vodiane and Shyrokyne, delivered artillery attack at Ukrainian troops in Shyrokyne in the evening and shell a stronghold in Talakivka from tank two times. They also used rocket-propelled grenades and small arms in the town of Krasnohorivka, and the villages of Pavlopil, Hnutove and Shyrokyne. The enemy opened fire from infantry fighting vehicles in Maryinka. 4 cases of ceasefire violation involving use of small arms were registered in Mariinka-Krasnohorivka frontline area.

In the Luhansk sector, Russia militants violated the ceasefire 10 times, fired mortars of various calibers on the village of Troyitske, and rocket-propelled grenades and small arms on the villages of Novozvanivka, Lopaskyne and Stanytsia Luhanska. A sniper was active in Troyitske, the village was shelled using mortar launchers twice.

In the Donetsk sector, the Russian militants conducted 11 attacks, 5 of them involved use of heavy weapons. They shelled 122mm artillery systems and infantry fighting vehicles on the village of Luhanske, 82mm mortars on the town of Avdiyivka, and the villages of Maiorsk and Luhanske. In addition, they used rocket-propelled grenades and small arms in Avdiyivka, and the villages of Luhanske and Zaitseve. The Russian militants used heavy arms in the vicinity of the Svitlodarsk bulge and they shelled Ukrainian troops from weapons of armored personnel carrier.

See also: U.S. sends tanks to bases in Poland and the Baltic states at deterring a possible Russian aggression