Combined Russian-separatist forces attacked Ukrainian army positions in eastern Ukraine 50 times in the past 24 hours, including twice on the settlement, according to the press service of the Anti-Terrorist Operation (ATO) Headquarters.

In the Mariupol sector, the enemy repeatedly fired 122mm artillery systems, 120mm and 82-mm mortars, grenade launchers of various systems on the villages of Shyrokyne, Lebedynske, Talakivka and Vodiane. 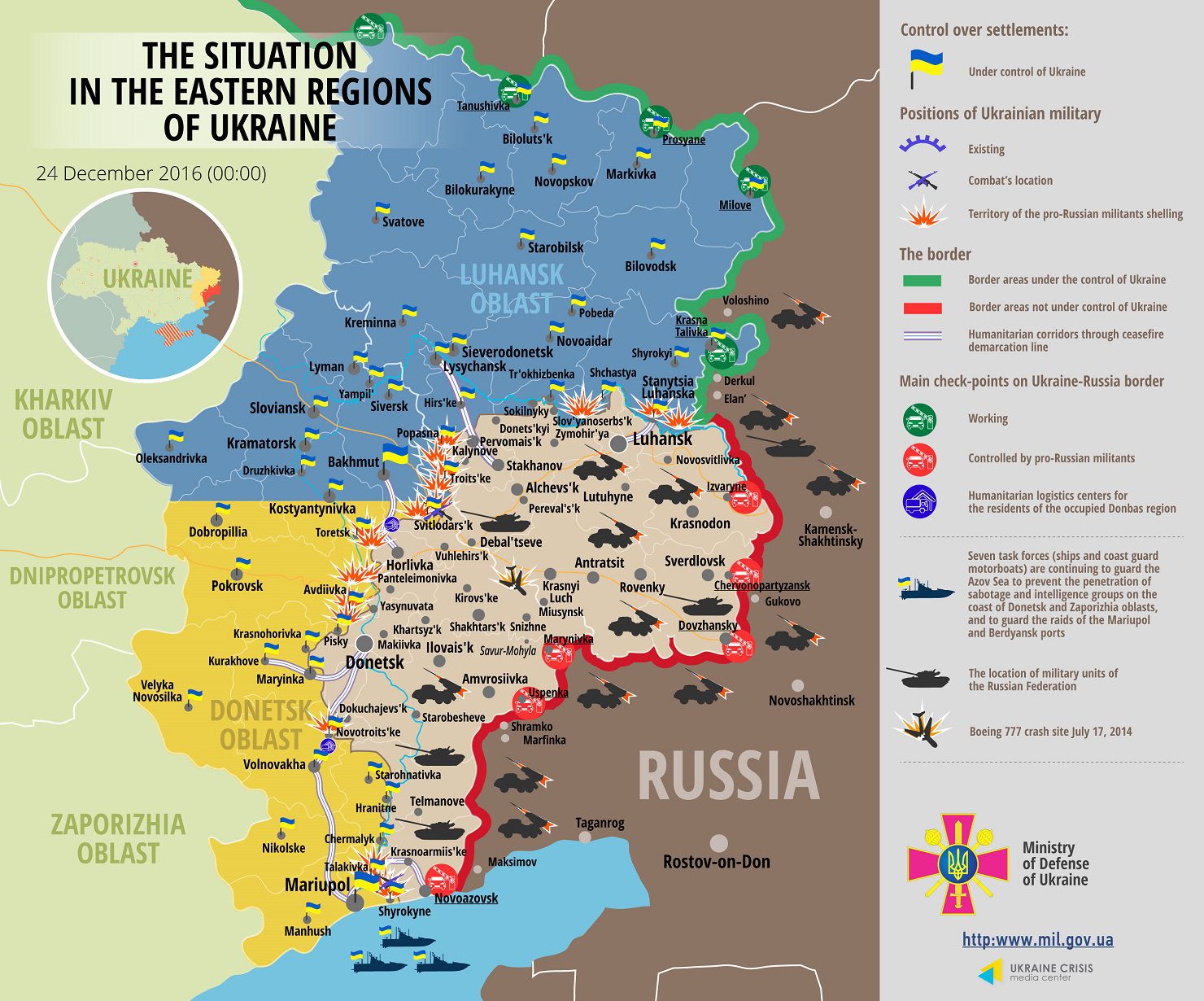 View map in full size
The village of Novotroyitske came under fire from rocket-propelled grenades, and the village of Shyrokyne was shelled from infantry fighting vehicles.

The militants attacked the Ukrainian positions near Vodiane, but had to retreat after the return fire.

The militants tried to attack the Ukrainian positions three times near the so-called Svitlodarska Duha bulge, and each time they had to retreat, taking away the wounded.