Russian militants attacked Ukrainian army positions in Donbas 42 times in the past 24 hours, two Ukrainian soldiers were wounded in action. 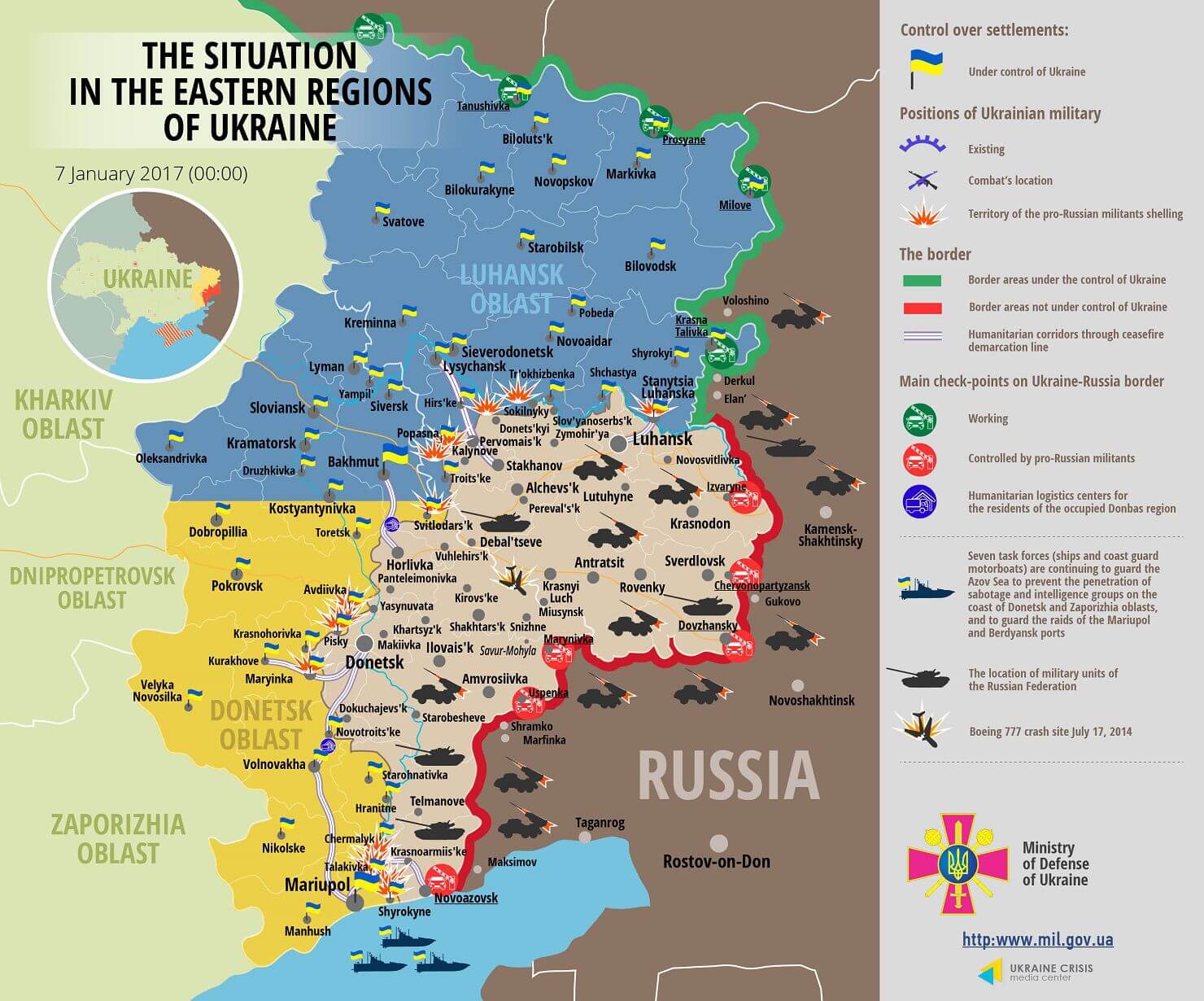 Russian militants made 25 attacks at Ukrainian positions on the south outskirts and used the all kinds of weapons, except for rocket artillery and tanks. 50 mortar bombs and 25 artillery shells were launched at our positions in this area. The most intense attacks involving use of heavy arms took place in Vodiane and Shyrokyne, starting with the darkness and continued over two hours with breaks in between.

In the Donetsk sector, Russia’s hybrid military force conducted six attacks, shelled mortars and heavy machine guns on the Ukrainian positions near the village of Luhanske and the town of Avdiyivka. Heavy arms were used only once, launching three mortar shells at Ukrainian troops at the Svitlodarsk bulge.