International non-governmental intelligence community InformNapalm says it has caught trail of a secret cargo, which arrived from Syria in the occupied Crimea in high secrecy.

”On October 20, 2016, at approximately 13:00, Nadalina cargo ship under the flag of Sierra Leone heading from Tartous (Syria) via the Romanian sea port of Navodari entered  the sea port of Feodosia (in the Russian-occupied Crimea),” InformNapalm reported.

It is noted that unloading of cargo by the Russian military using a port crane started overnight October 22 2016 amid tightened security measures. The pier had been cleared and a cordon of reinforced police squads and plainclothes officers was set up along the perimeter of the area. The lighting was directed away from the pier, which made the unloading process more complicated. The spotlight on the ship was lit up only before the cargo was lifted rather than all the way through the unloading procedure, as it happens during the night shifts traditionally.

See also: Russia is using Syria to prepare for war in the Mediterranean

The OSINT activists also spotted the reaction of local netizens on the unusual situation at the sea port on social networks.

InformNapalm described the packaging of the cargo as 0.5x1x3m khaki-painted containers, similar to the composite non-combustible container for the storage and transportation of products for special use.

The activists presented the images of similar containers available online, for comparison. 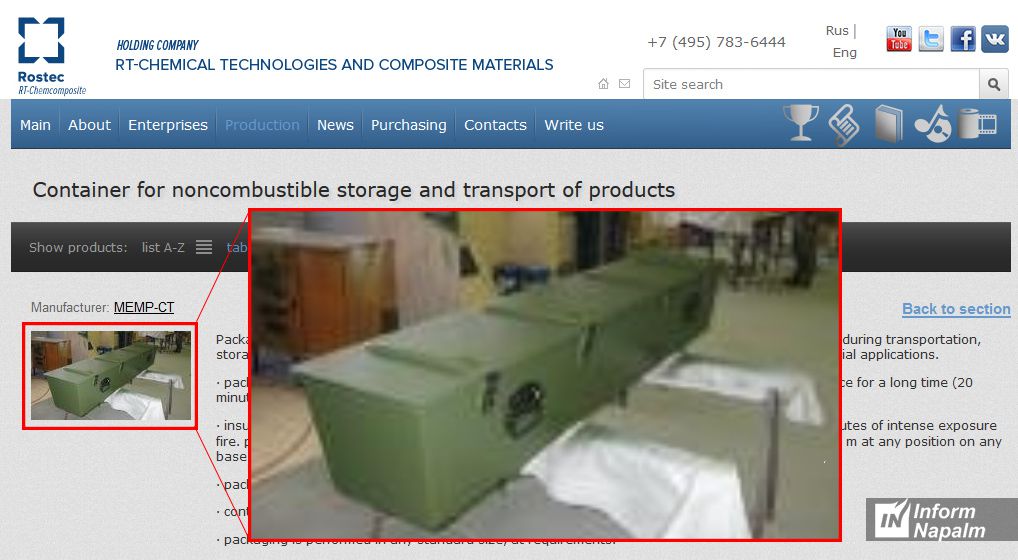 The screenshot from video of Nadalina`s arrival in Feodosia clearly shows the tuber elevated high above water level, which indicates the light load.

Containers were unloaded slowly, with extra precautions, as the personnel involved very much feared for their lives in case the containers are damaged.

”The timing and precautions during unloading point to an increased hazard risk, as well as the will to hide the fact of delivery,” the volunteers say. 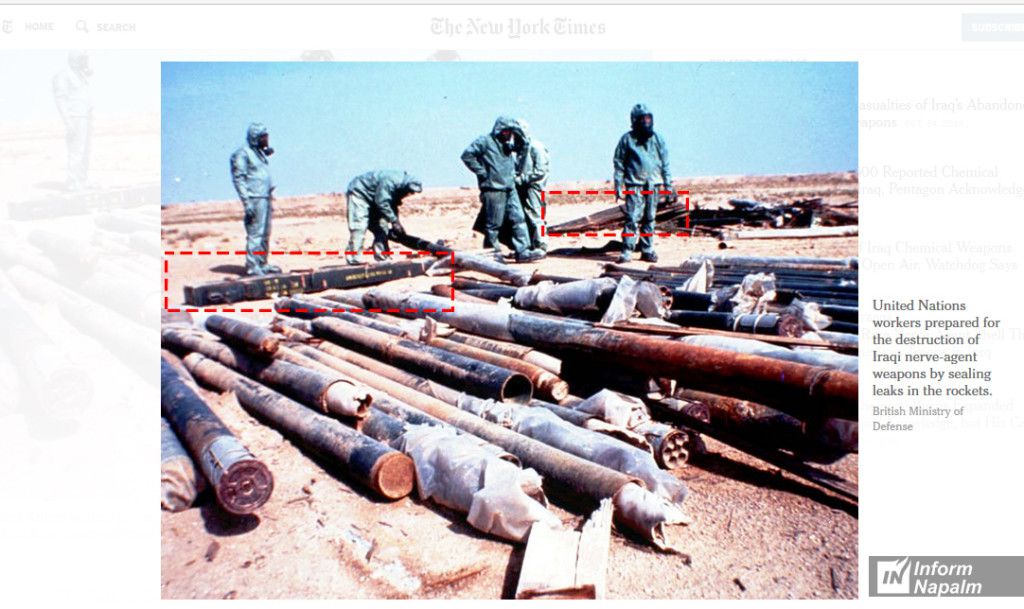 ”The analysis of the unloaded containers gives reason to suggest that they contain ammunition with at least 200 mm caliber. Despite the absence of direct evidence, the analysis of indirect features gives grounds to assume that the contents of the shipment are ammunition/components of weapons of mass destruction (WMD) — most likely, chemical weapons,” InformNapalm says. 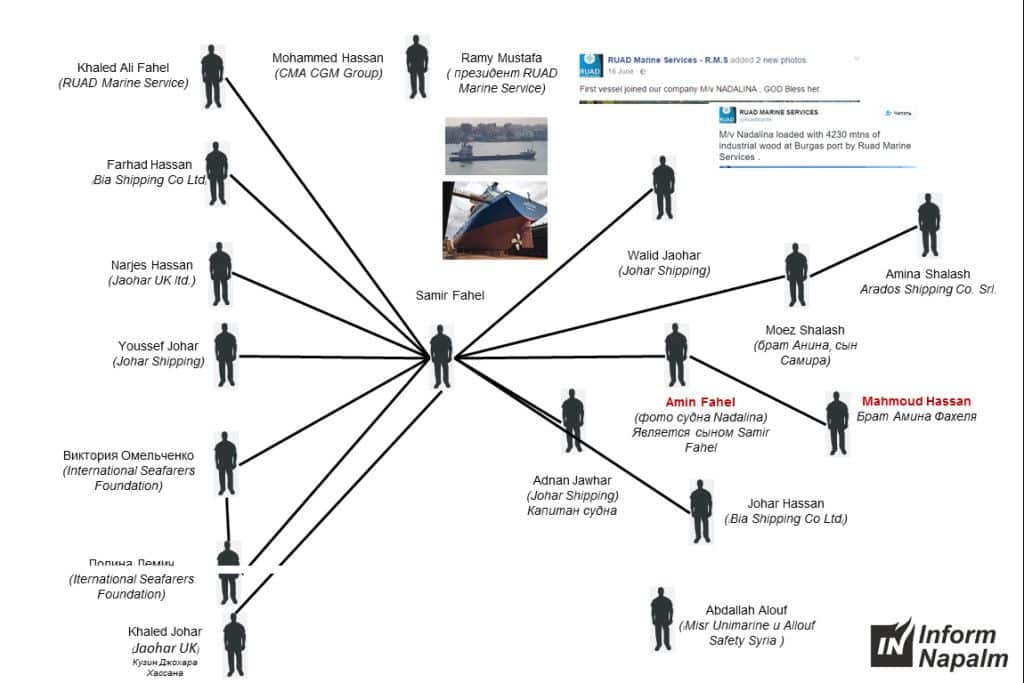