Russia`s hybrid military forces attacked Ukrainian army positions in Donbas 74 times in the past 24 hours with nine Ukrainian soldiers reported as wounded in action (WIA), according to the press service of the Anti-Terrorist Operation (ATO) Headquarters. 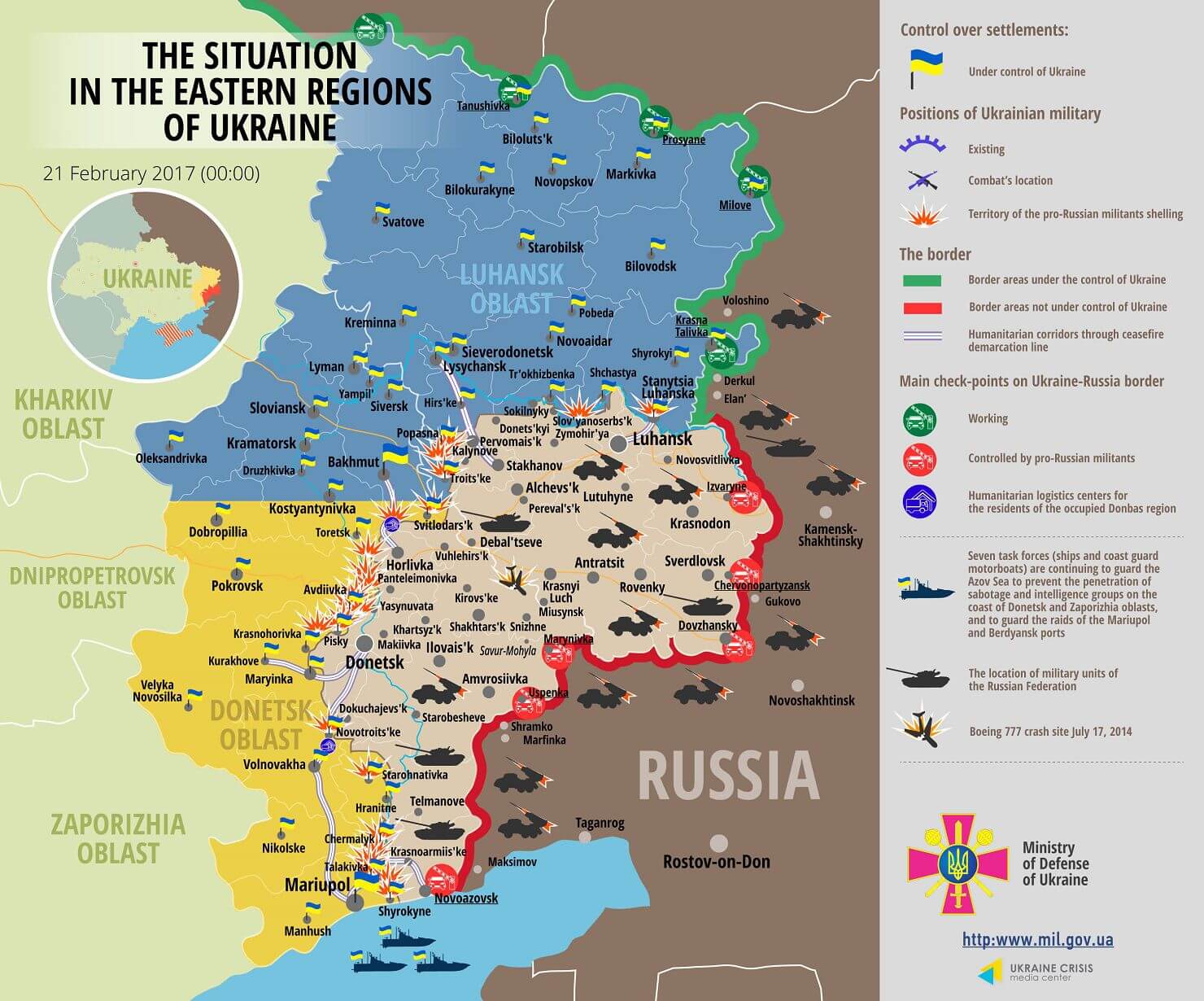 In the Mariupol sector, the Russian occupation forces used proscribed 120mm mortars to shell the village of Novotroyitske. Heavy machine guns and small arms were used to fire on the villages of Chermalyk, Talakivka, Hnutove, Starohnativka, Vodiane, and Shyrokyne. Additionally, enemy snipers were active in the villages of Vodiane, Pavlopil, Shyrokyne, Novotroyitske, and Hnutove.

Russia`s occupation forces have changed tactics of warfare near the town of Avdiyivka: the intensity of attacks has decreased since morning, but enemy snipers have advanced to the forefront, according to a Ukrainian defense ministry spokesman.

”Yesterday, a powerful barrage was reported in the village of Kamianka: it lasted almost seven hours,” Motuzianyk said.

Earlier, a new truce in Donbas planned as of February 20 in keeping with last week`s agreements in Minsk failed after the occupiers attacked Ukrainian positions in the early hours on the same day.