Pro-Russian terrorists in Donbas are planning to “turn off” at least one gas pipeline “Soyuz” from the Ukrainian gas transportation system, which provides a quarter of Russian gas transit to Europe.
It is reported by ZN.ua with reference to article “Donbas. Chronicles of energy stalker” in the 36th issue of “Zerkalo Nedeli. Ukraine.”

“The length of the pipeline is 1,567 kilometers, it runs through the whole territory of Ukraine from the east of Novopskov, via Poltava gas fields, in particular Shebelynka, with export outlets to the GTS of Hungary (via the gas-measuring station of Beregove) and Slovakia (via the Uzhgorod direction). The design capacity of the main gas pipeline “Soyuz” exceeds 26 billion cubic meters per year. In addition to the transit of Russian gas, this gas pipeline delivers gas to residents of several regions of Ukraine,” a statement reads. 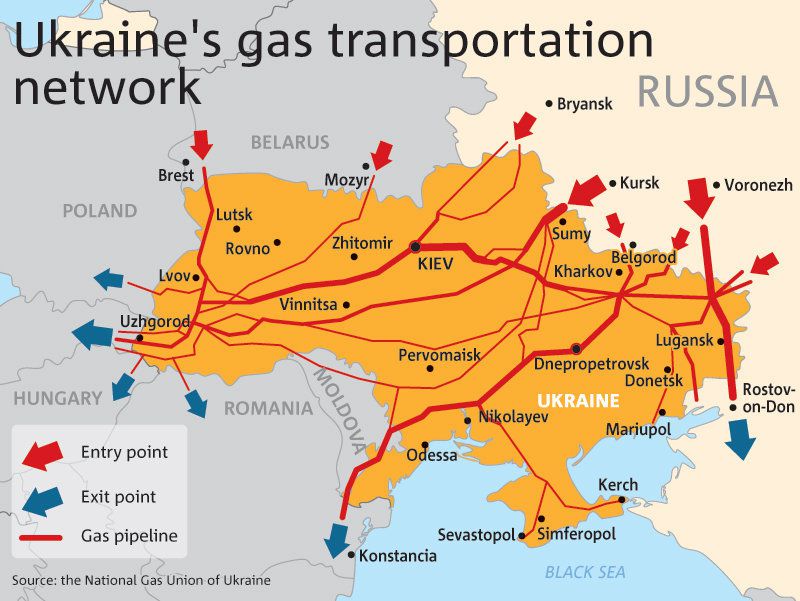 In addition, there are two UGS in the Donbas region – Verhunske (it now houses more than 176 million cubic meters of gas) and Krasnopopovske (with a stock of 19.5 million cubic meters). These underground storage tanks were used in the seasonal maximum to maintain the pressure in the transport unit “Donbastransgas” and for providing Donetsk and Luhansk regions with stable gas supply.

“If to impose a scheme of the gas infrastructure in the region on the ATO map, which can be easily found on the website of the National Security and Defense Council, it is clearly seen that militants are carrying out combat actions carefully along the passage of main gas pipelines and major gas distribution sites in Luhansk and Donetsk regions. The militants are trying to cut off the area, along which the pipelines are from Russian Yelets, Petrovsk, Orenburg and in the direction of Aleksandrov Gai and Taganrog. That is, more than two incoming and two outgoing trunk pipelines in Luhansk and Donetsk regions literally turned out to be under the gun,” the author of the article writes.

There is a possibility that terrorists could undermine the Ukrainian gas transportation system and blame Ukraine.