New attack in Donbas – water, power supply halted as over 300 shells in Avdiyivka

A Ukrainian Defense Ministry spokesman has announced Russia`s hybrid military forces continue shelling Ukrainian positions along the entire contact line, and new escalation has been reported near the Ukrainian-controlled town of Avdiyivka as Ukrainian troops deployed outside it come under attack. 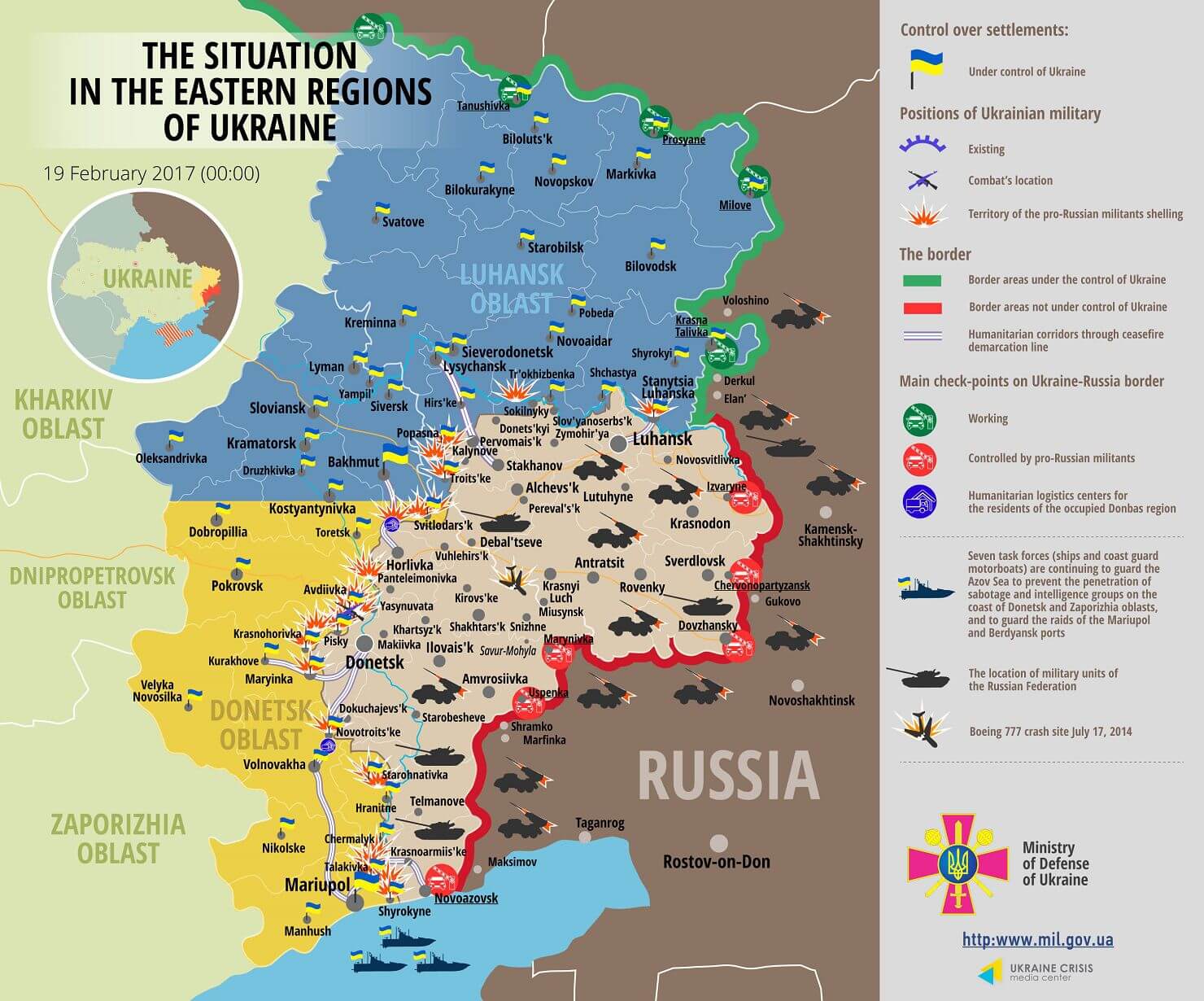 ”Enemy troops enjoyed the support of mortars and tanks of Russia`s occupation forces. The fighting lasted for seven hours without a break. According to rough estimates, the adversaries lobbed over 300 shells into areas near the town of Avdiyivka and fired over 70 tank projectiles.  The situation near Avdiyivka is getting worse,” Defense Ministry press secretary for Anti-Terrorist Operation issues Oleksandr Motuzianyk said at a briefing on Sunday, February 19.

Ukraine`s State Emergency Situations Service reported in turn that the water supply in the town had been suspended after the outage.

”On February 18, a 110 kV high-voltage transmission line, Makiyivska 1-Avdiyivka Coke Plant No. 2, was damaged amid fighting, as a result of which, the power supply was discontinued in Avdiyivka (where about 22,000 people live),” the service said in a statement

The water supply there was also suspended. At the same time, the heat supply on Sunday morning was maintained by Avdiyivka coke plant`s heating system (air temperature in apartments was 20-25 degrees above zero), according to the service.

Intense mortar attacks lasted many hours at the Svitlodarsk bulge, near Horlivka, between Horlivka and Yasynuvata, in Opytne and Pisky. Ukrainian troops are actively returning fire.

Vodiane was the epicenter of combat in the Mariupol sector yesterday. Russian troops were shooting from mortar launchers in the morning and brought in barrel and rocket artillery in the afternoon. In total, they launched 24 122-mm artillery shells, 30 mortar bombs and 30 Grad rocket projectiles. A series of intense hostile artillery and mortar attacks took place in Krasnohorivka, Novohryhorivka and Pavlopil.