The combined Russian-separatist forces attacked Ukrainian army positions in eastern Ukraine 87 times in the past 24 hours, according to the press center of the Anti-Terrorist Operation (ATO).

”Violating the ceasefire, the enemy fired mortars 22 times, having launched 114 mines in the direction of the Ukrainian troops. Most attacks, namely nine, were carried out on our positions in the town of Avdiyivka. The militants fired banned weapons on the Ukrainian defenders near the villages of Novhorodske, Talakivka, Shyrokyne, Pisky, Zaitseve, Opytne, and the town of Maryinka,” the report says. 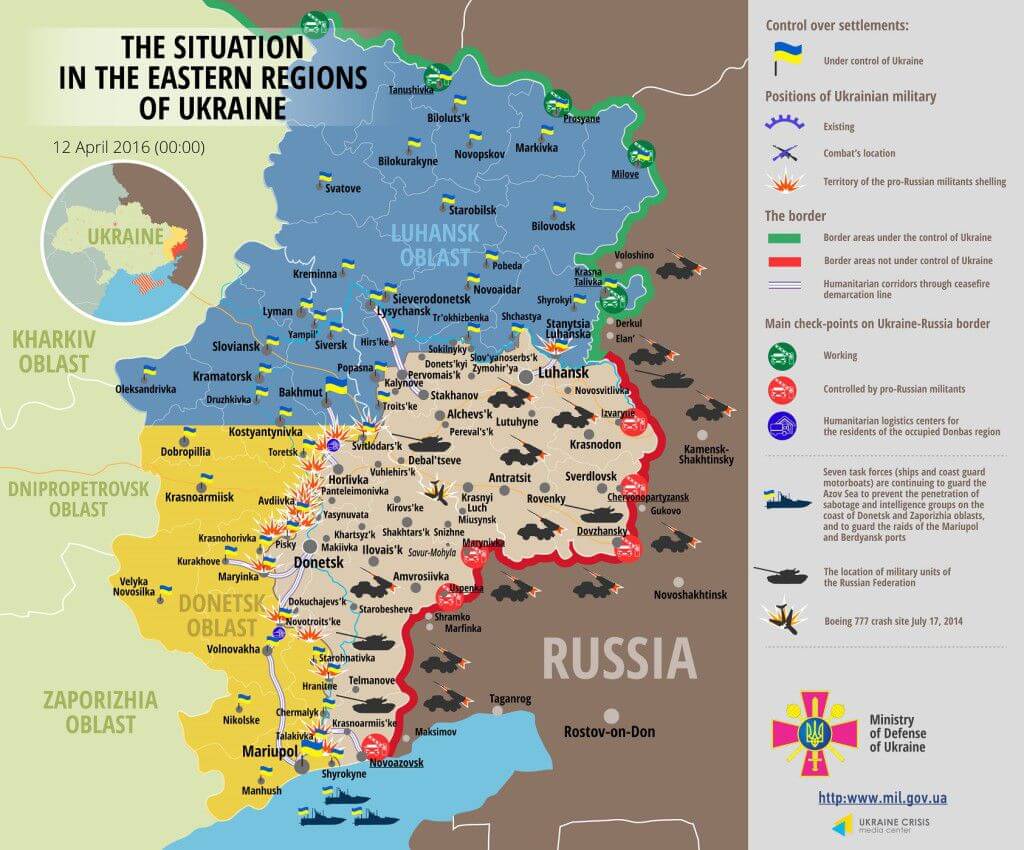 The Russian-backed mercenaries fired on the Ukrainian fortified positions near the villages of Luhanske, Novhorodske, Mayorsk, Novotroyitske and the town of Maryinka. It should be noted that in each case the militants intensified their attacks using rocket-propelled grenades, machine guns and small arms. Concealing their crimes from the OSCE Special Monitoring Mission, 70% of militant attacks are committed after dark.

During this period, the Armed Forces of Ukraine were forced to return fire 25 times, using only small caliber weapons.