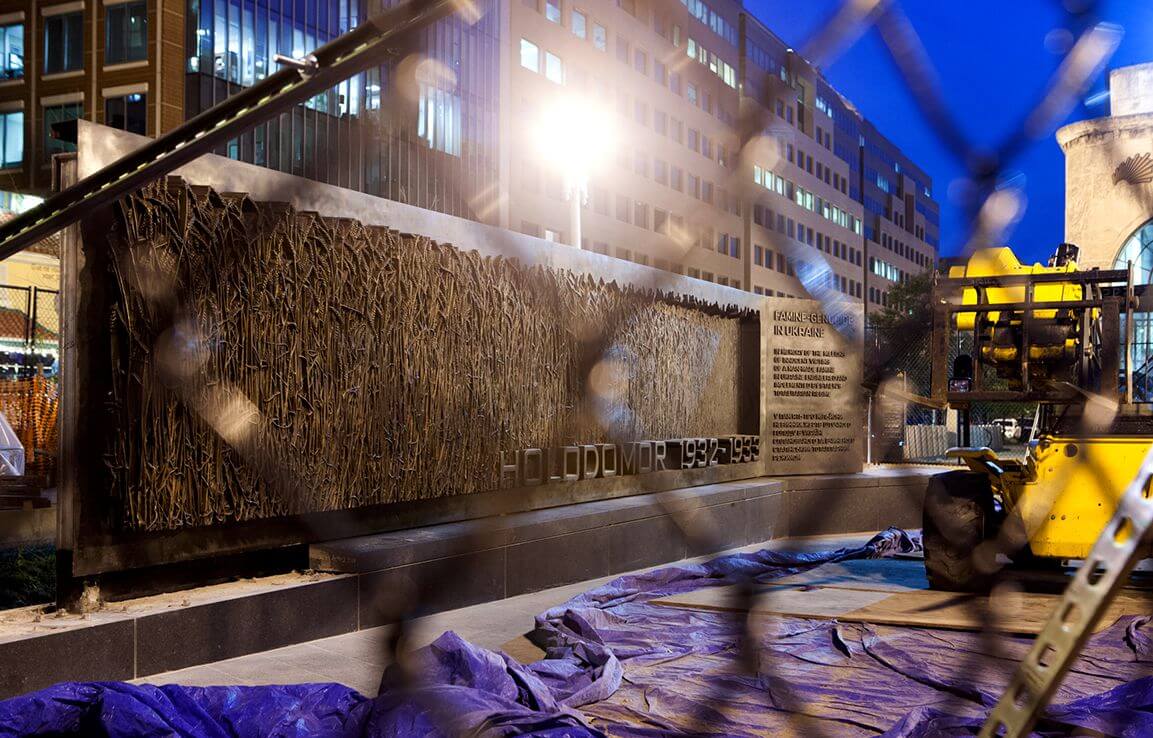 PHOTO:Memorial to the victims of Holodomor in Washington on the eve of the official opening on November 7 (State Dept./D.A. Peterson)

On November 7, 2015 the dedication ceremony of the Ukrainian-Famine Genocide (Holodomor) Memorial commemorating Ukrainians who perished in the Holodomor took place in downtown Washington D.C, US.

“Memorial was built jointly by the Government of Ukraine and the Ukrainian diaspora in the USA in memory of the genocide of millions of Ukrainians, killed during famine in 1932-1933 years by Soviet Union under the leadership of Joseph Stalin, “said in a press release of the Embassy of Ukraine in the United States.

Holodomor (Famine Genocide) was a man-made famine in Ukraine that was a part of Soviet Union and ethnically Ukrainian areas near the East Ukrainian borders in 1932 and 1933. Holodomor is death by hunger, famine, during which people were consciously starved to death by Soviet komunist regime.

During the Famine – Genocide in Ukraine the rate of people including children dying of starvation was 25,000 a day, 17 human beings a minute. The number of perished in a famine was 7-10 million people that was roughly one quarter of the entire population of Ukraine. The exact number is unknown because all documents in Soviet Union were secret.

Memorial was built on Capitol Hill in the vicinity of the complex of buildings of the US Congress in front of the capital’s largest railway station, Union Station. The monument is a bronze slab resting on a stone plinth with a field of wheat stalks. It symbolizes the taking of grain by the Soviet authorities in 1932-1933.