In Ukraine intensive combat actions across the front lines. Map

In the Luhansk sector of ATO zone Russian separatists violated ceasefire regime in Shchastia. Militants conducted an attack with the use of grenade launchers from the opposite side of the Siversky Donets river. In the Donetsk sector over 10 militant combat actions with the use of small arms and grenade launchers were registered in Zaitseve, Mayorsk, Novhorodske and on the frontline between Horlivka and Yasynuvata. Terrorist group members also fired from an 82-mm mortar upon Mayorsk and from an infantry fighting vehicle upon Novhorodske.Yesterday most intensive combat actions took place between Avdiivka and Maryinka. They started after 10 a.m. and lasted till late evening. 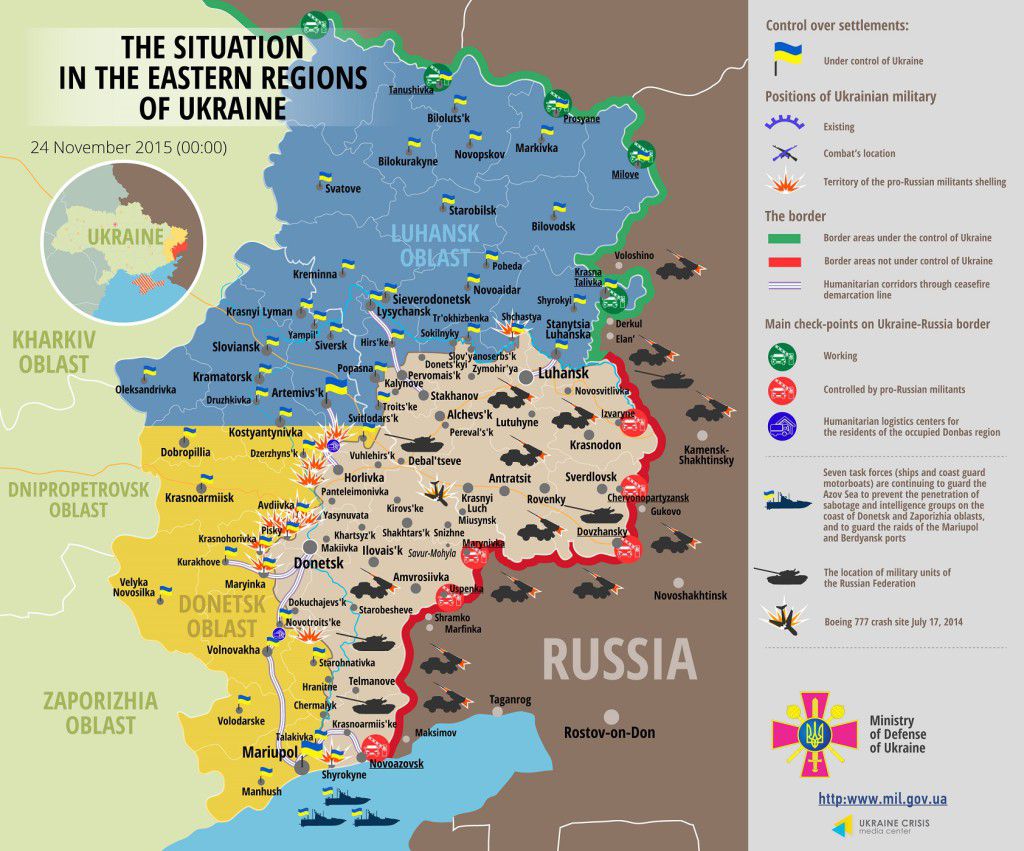 Yesterday the highest number of militant attacks upon Ukrainian positions was registered in Pisky, snipers were also firing there. In the Mariupol sector Russian militants were firing upon Bohdanivka and Shyrokyne.