Sleuth journalists from the TV program `Nashi Groshi with Deny Bigus` have revealed that the common-law wife of Dmytro Vovk, 27, chairman of the National Commission of Ukraine for Energy, Housing and Utilities Services Regulation (NCER), in February 2016, acquired a mansion in the village of Ivankovychi outside Kyiv with worth an estimated US$1.5-2 million.

The property was officially registered in the name of Lilia Silchenko, who has never owned a business, journalist Maryana Motrunych said in her investigative report. 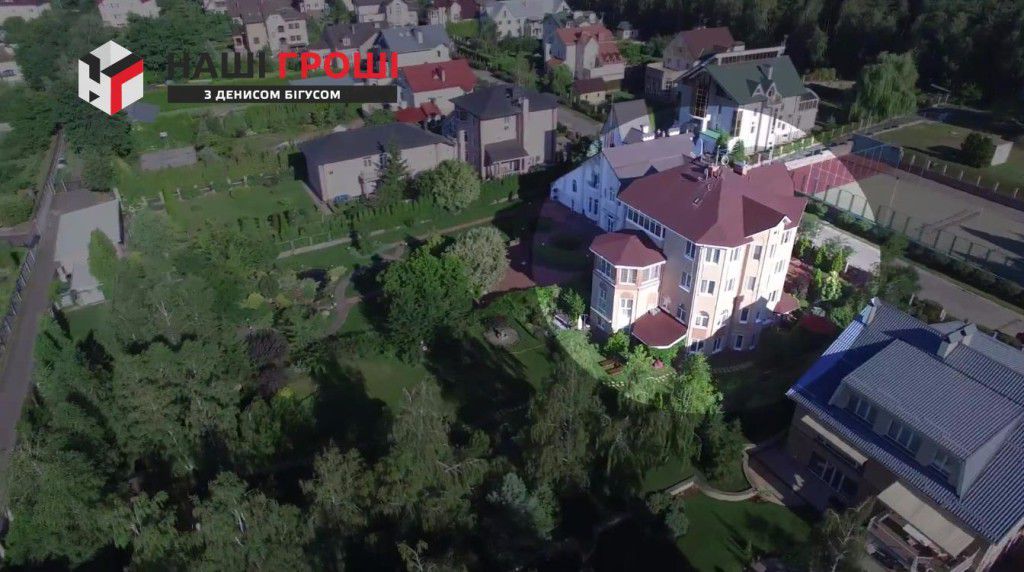 Silchenko`s parents are also not entrepreneurs. Silchenko`s employer is not known. Documentary connections between Silchenko and Vovk are almost nil, but her neighbors identified Vovk and the program`s journalists met him near her house one evening.

One month after the bargain deal, the NCER in March 2016 changed the pricing formula of coal bought by the state for thermal power plants. The new formula is dubbed ”Rotterdam + Delivery.”

According to the NCER, locally produced coal is bought at the price of coal sold at the Dutch port of Rotterdam (from South Africa or the United States, shipped by sea to the port). In addition, the price also includes the estimated cost of transportation from Rotterdam to Ukraine and transshipment of coal at the port.

However, Ukraine has not bought a single tonne of coal from Rotterdam. Ukrainian thermal power plants get coal from occupied territories in Luhansk and Donetsk regions and from Ukrainian-controlled Volyn, Lviv and Dnipropetrovsk regions.

The NCER proposed that the Ukrainian coal be bought at the price of South African coal, which is shipped overseas, the journalists said.

The new ”Rotterdam + Delivery” formula is also the basis for other tariff calculations.

Expert Andriy Herus stated ”that increased price is part of our power rates and is actually the reason why rates are growing. And if the formula remains, the rates will continue to increase.”

While the ”Rotterdam + Delivery” formula was being approved, Vovk registered his car Mercedes GL 550, a 2010 model, which is priced at about US$40,000. Significantly, he bought that car from Silchenko, Nashi Groshi reported.

Meanwhile, Silchenko`s house earlier belonged to Oleksandr Zinchenko, deputy speaker of Ukraine`s parliament and co-founder of TV channel Inter, who died of cancer in June 2010. The area of the house is almost 800 square meters and the plot of land on which it is situated is half a hectare.

In 2004, Zinchenko officially paid $250,000 for the house. At present, realtors estimate the market value of the house at $1.5-2 million. The four-storey residence is close to the homes of former Energy Minister Yuriy Boiko (twice during the two terms of Mykola Azarov`s premiership and once when Viktor Yanukovych was prime minister) and former Environment Minister Mykola Zlochevsky (twice during the two terms of Azarov`s premiership).

Vovk`s income has declined in the past three years. In 2013, he declared over UAH 1 million. In 2014, while working at the Moscow-based branch of the Ukrainian Roshen Corporation, he declared almost UAH 640,000 and RUB 2 million.

Vovk officially declared two plots of land and a 243-square-meter house, which he bought in the village of Zeleny Bor, in 2009. He also declared as an asset one third of an apartment in a new residential building in Kyiv`s Solomyansky district and an apartment in Pechersk, Kyiv`s elite area. The latter was bought in 2014.

Vovk bought this property almost at half the price of similar apartments being sold at the market price of $1,200 per square meter.

From 2009 to 2013, Vovk was associate, vice-president of ICU, owned by Central Bank Governor Valeriya Gontareva.

From March 2013 to December 2014, he worked as Moscow-based Roshen manager for Ukraine.