Russia`s hybrid military forces attacked Ukrainian army positions in Donbas 47 times in the past 24 hours with two Ukrainian soldiers reported as killed in action (KIA) and eight as wounded in action (WIA), according to the press service of the Anti-Terrorist Operation (ATO) Headquarters. 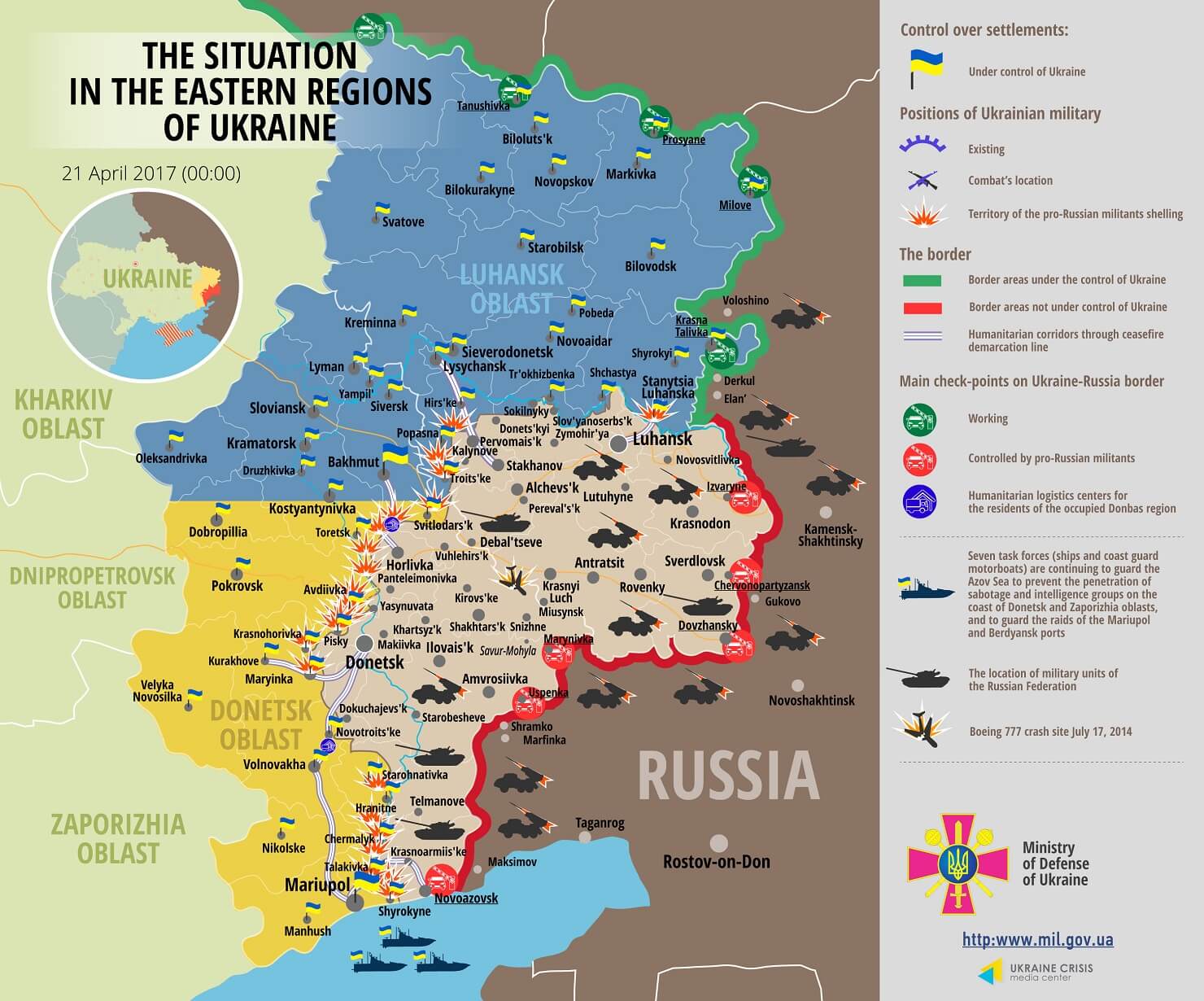 See also: Most Ukrainians want peace in Donbas, but not at any cost and consider elections in Donbas ”unacceptable” – poll