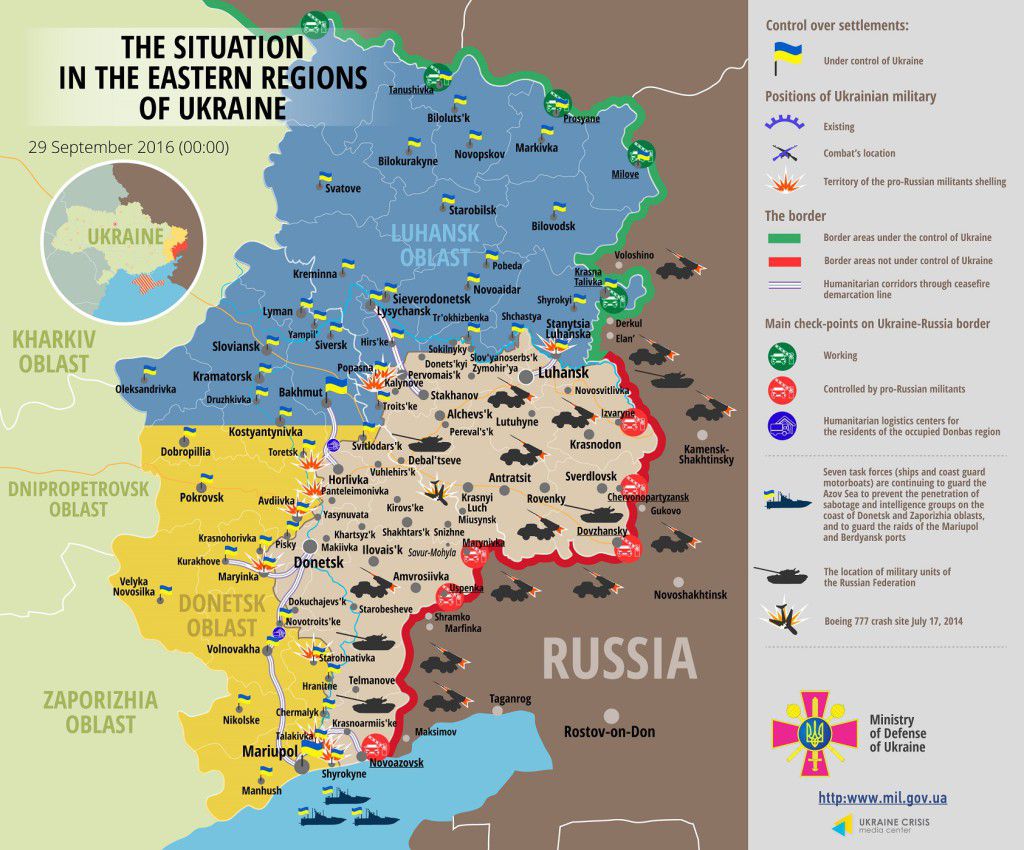 In the Mariupol sector, the militants opened fire from small arms, machine guns and grenade launchers near the town of Maryinka, and the villages of Talakivka, Starohnativka, Shyrokyne and Vodiane. Additionally, a sniper was active in Shyrokyne and Maryinka.

Read also”Ceasefire” in Donbas: Russian proxies attack Ukraine 14 times in last day ?In the Donetsk sector, the Russian-backed mercenaries fired grenade launchers, machine guns, and small arms near the town of Avdiyivka and the village of Verkhniotoretske. They also fired 82mm mortars on Avdiyivka, as well as from infantry fighting vehicles and an anti-aircraft gun on the village of Novhorodske.

The Ukrainian army spotted one enemy UAV over Donbas in the last day.

Despite these provocations, the Armed Forces of Ukraine unswervingly adhere to the ”ceasefire” and the relevant provisions of the Minsk agreements.