”Ceasefire” in Donbas: 14 attacks on Ukrainian troops in past day

The Russian occupation forces attacked Ukrainian positions in Donbas, eastern Ukraine, 14 times in the past day, according to the press service of the Anti-Terrorist Operation (ATO) headquarters.

In particular, five attacks were reported in the Donetsk sector. Militants used grenade launchers, machine-guns and small arms to shell areas near the town of Avdiyivka. The village of Zaitseve came under 120mm mortar fire.

Eight instances of the violation of the ceasefire were reported in the Mariupol sector. Russian militants used grenade launchers, large-caliber machine-guns and small arms to fire on the town of Maryinka, and the villages of Starohnativka and Novotroyitske. 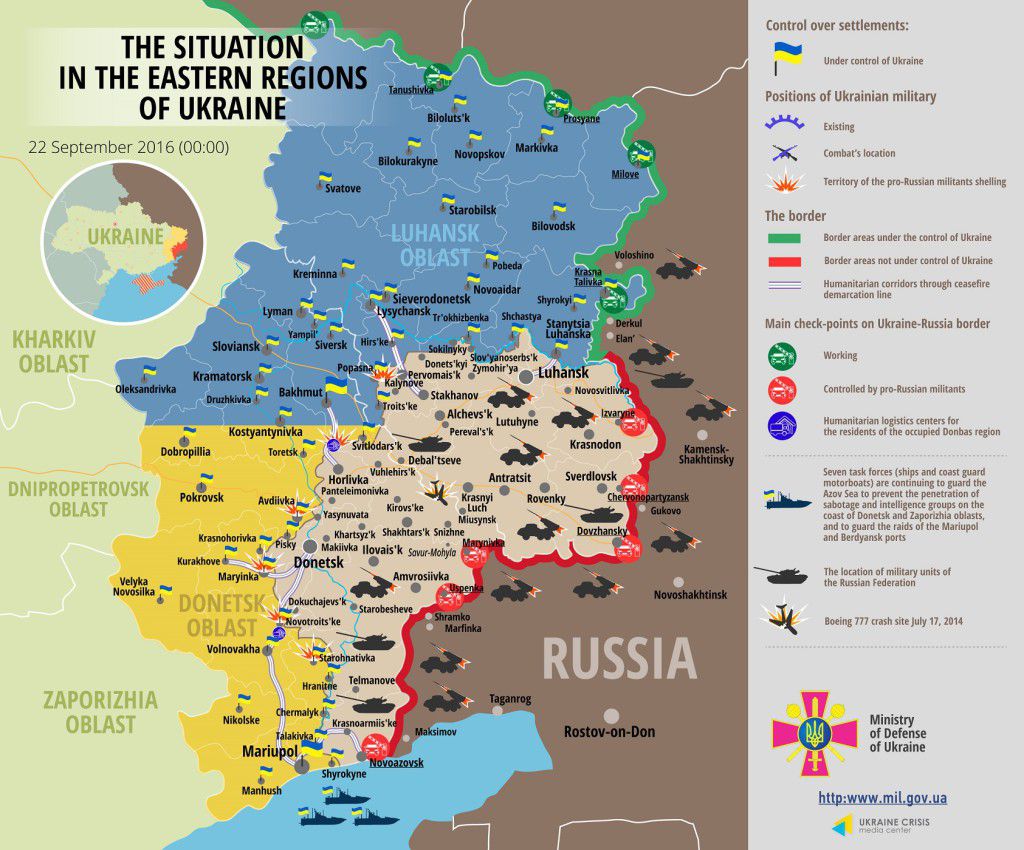 After a lull, which lasted for a few days, the enemy resumed attacks in the Luhansk sector, which saw one attack in the past day: small arms were used to fire on areas near the village of Novo-Oleksandrivka.

No enemy drones were spotted in the ATO zone in the past 24 hours.

As UNIAN earlier said, the ATO HQ reported five attacks on Ukrainian positions in the Donetsk sector and eight in the Mariupol sector on September 20. The ceasefire was observed in the Luhansk sector on that day.