A veteran of the pro-Russian separatist rebellion in Moldova, Vladimir Antyufeyev, now claims to be in command of rebel-held Donetsk in eastern Ukraine, according to the BBC.

On July 28, he announced that his immediate superior, ”prime minister” Alexander Borodai, had left for Russia, the BBC reports.

In early July Mr. Antyufeyev – born in Russia – emerged as ”deputy prime minister” of the self-proclaimed ”Donetsk People`s Republic”. He is known as a staunch defender of Russian state interests in former Soviet republics. 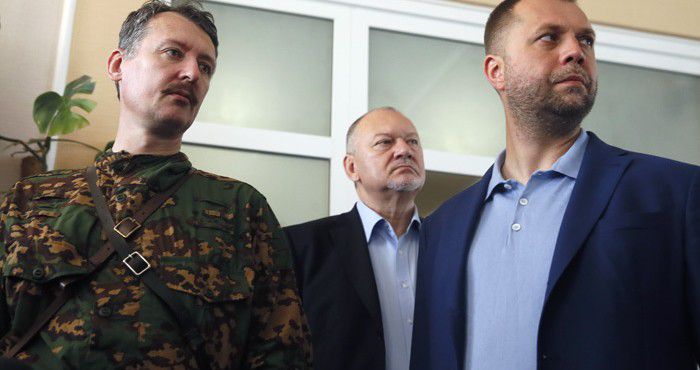 He moved to eastern Ukraine after 20 years as ”minister of state security” in Moldova`s breakaway Trans-Dniester region. His move suggests that Moscow is trying to exert more influence over the separatists.

Mr. Antyufeyev was born in the Siberian city of Novosibirsk in 1951 and graduated from the Soviet Interior Ministry`s police academy in Minsk in 1974. At the time Minsk was the capital of Soviet Belorussia – now Belarus.

In the late 1980s, when the Soviet Union was beginning to collapse, the then Maj Antyufeyev was one of the men in charge of criminal police investigations in Riga, Latvia. He led an elite police unit there, which attempted a crackdown on the Latvian independence movement.

When Latvia gained independence in 1991, the new authorities filed a criminal case against Maj Antyufeyev – and he fled the Baltic republic.

Several months later he resurfaced in breakaway Trans-Dniester, where he fought in the 1992 separatist revolt against Moldovan troops, rallying Kazzaks, volunteers and other pro-Russian paramilitaries.

Now a major-general, he became the founder and, for two decades, sole head of the breakaway region`s powerful security ministry.

Some media in Moldova and Russia have compared Mr. Antyufeyev to Stalin`s notorious secret police chief Lavrenty Beria and accused him of creating an atmosphere of intimidation and intolerance in the region.

Later that year, the new authorities launched a criminal investigation against Mr. Antyufeyev, accusing him of abuse of power, misappropriating public funds and destroying sensitive evidence. He managed to flee to Moscow and lived there until the start of the Ukraine crisis.

The EU first blacklisted Mr. Antyufeyev in 2004 for his role in the Trans-Dniester conflict but later annulled its decision. Now, however, he is included in the EU asset freeze and travel ban imposed on 95 Russian individuals allegedly linked to the eastern Ukraine uprising.