2 Ukrainian soldiers killed, 3 wounded in Donbas in over 80 Russian shellings in past day

The situation remains tense in the zone of the Anti-Terrorist Operation, with 83 enemy shellings of positions of the Ukrainian Armed Forces recorded over the past day, according to the ATO Headquarters. 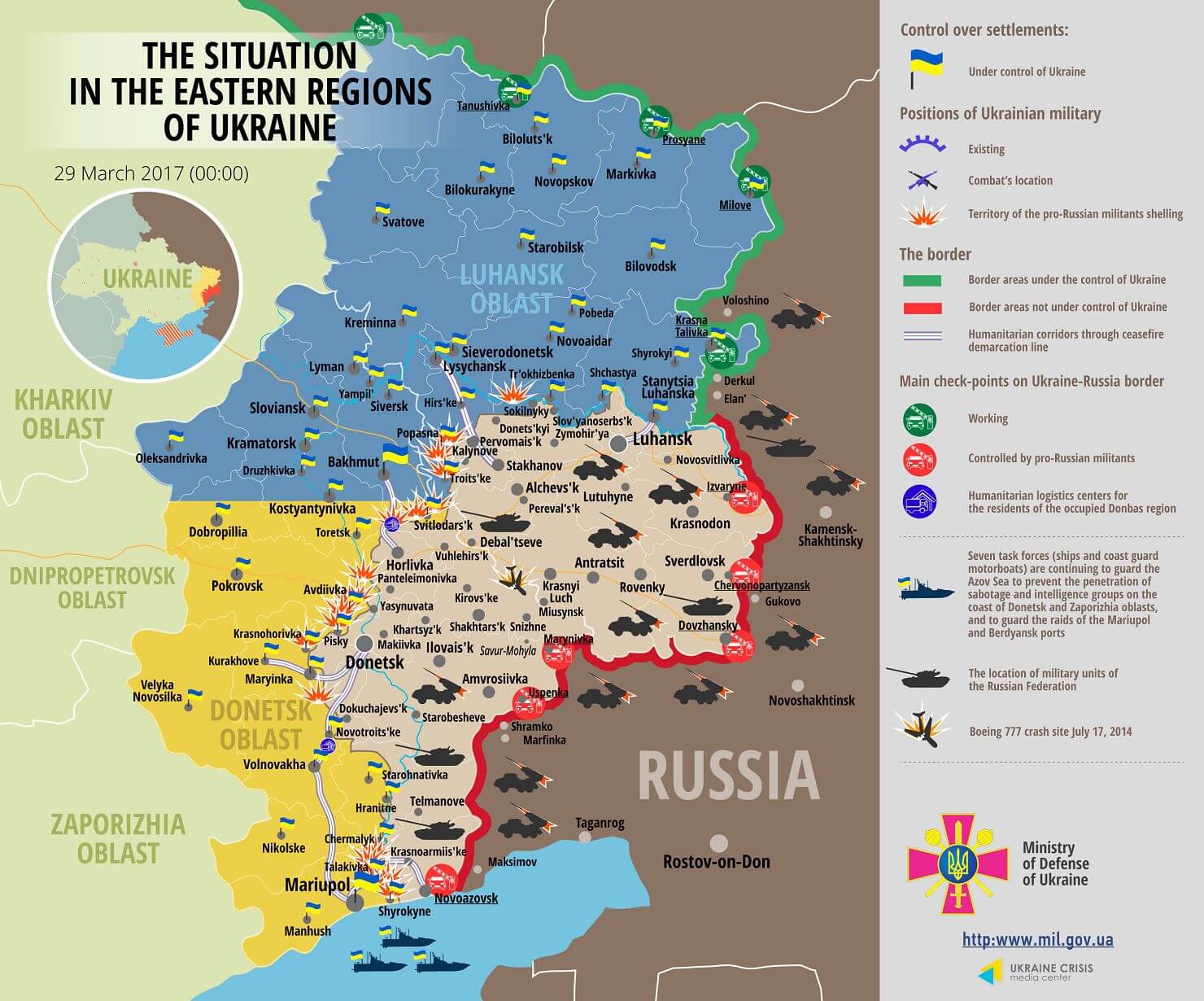 Russian occupation forces use weaponry of over 10mm caliber, in violation of the existing agreements, the Ukrainian military report.

”On the Mariupol line, strongpoints near Shyrokine, Hnutove and Vodiane were shelled with 122 mm artillery systems. Russian mercenaries also fired 120mm mortars at positions near Hnutove, and 82mm mortars, large-caliber machine guns and grenade launchers – at Maryinka, Vodiane and Pavlopil. An enemy tank fired at positions near Vodiane, while IFV weapons were used against Ukrainian marines deployed in Shyrokine. Enemy snipers were active near Hnutove and Vodiane,” the HQ reported.

In the Donetsk direction, near Troyitske, the enemy used 152mm artillery. Strongpoints of Ukrainian troops near Avdiyivka, Troyitske, and Luhanske were shelled with 120mm mortars, while defenders of Opytne, Avdiyivka, and Kamianka were shelled with 82mm mortars. In Troyitske, an enemy tank opened fire, and an IFV – in Luhanske. Strongpoints near Kamianka and Nevelske were fired upon with large-caliber machine guns and grenade launchers of various types.

On the Luhansk line, near the village of Kalinovo-Popasna, the use by the enemy of a 122mm artillery was spotted. 120mm mortars, IFV weapons, and grenade launchers of various types were used by the enemy against Ukrainian positions near Krymske. The enemy also fired large-caliber machine guns and grenade launchers at positions near Stanytsia Luhanska and Novo-Oleksandrivka.

”Over the past day, two Ukrainian troops were killed in action and another three were wounded,” the ATO press center reported. ATO forces returned fire to suppress the enemy`s fire activity.